Supporters of an Iraqi cleric have defied a government warning, taking to the streets of Baghdad in thousands to stage a protest rally.

The rallies, called by Muqtada al-Sadr, were held to condemn the state of security as well as corruption in the country.

“Yes, yes to reform. No, no to sectarianism. No, no to corruption,” read placards held by the protesters on Friday.

The Iraqi government had banned the protest, with Iraq’s Joint Operations Command warning that security forces would regard demonstrators carrying arms as “terrorists.”

Iraqi Prime Minister Haider al-Abadi had also called for a firm response to any “armed protest.”

The protest comes after Sadr refused to cancel the protest in Baghdad, which has witnessed a dramatic rise in terror attacks over the past weeks.

On Tuesday, Abadi said political groups should rather focus on the campaign against Daesh extremists instead of holding protests which are undermining efforts to maintain security.

Large numbers of Sadr’s supporters from different provinces came to Baghdad to take part in the Friday demonstration.

The cleric appeared briefly among the demonstrators, where he gave a short speech before leaving.

Iraqi officials are worried that the new protests might lead to chaos similar to the mayhem in April when some unruly protesters broke into the restricted Green Zone in the capital and scaled security walls to storm parliament.

The Friday rally came amid a new wave of bomb attacks targeting various neighborhoods of Baghdad in recent weeks.

Earlier this month, nearly 300 people lost their lives after a bomber detonated an explosives-rigged vehicle at a shopping district in the Karrada neighborhood of Baghdad. Daesh claimed responsibility for that assault.

The violence prompted Prime Minister Abadi to sack a number of high-ranking officials responsible for security in the capital.

The chaos on Iraq’s political stage comes at a critical time when army forces, backed by volunteer fighters, are engaged in fierce clashes with Daesh terrorists on several fronts.

On Tuesday, Abadi called for unity among all Iraqi factions in order to maintain military gains on the ground against Takfiri terrorists. 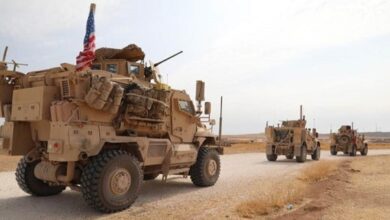