A source in the Joint Operations Command announced on Wednesday, that 15 fighters of the so-called ISIS were killed and others were wounded by an Iraqi air strike that targeted their headquarters in the city of Qaim west of Ramadi, while indicated that the dead ISIS members included eight suicide bombers.

The source said in a statement received that, “Falcons Intelligence Cell backed by the Joint Operations Command and Iraqi Air Force launched an air strike on a headquarters belonging to ISIS in the city of Qaim in western Anbar.”

The source, who asked to remain anonymous, added: “The air strike resulted in the killing of 15 ISIS militants, including eight suicide bombers, as well as wounding others.” 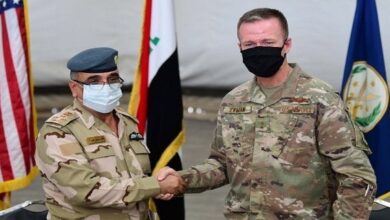 US did everything to prevent its troops’ withdrawal from Iraq: Abdul-Mahdi