That’s when a truck came by, allegedly with an Daesh suicide bombers inside. The truck hit the IED and was instantly blown up.
Judging by the cloud of smoke and the violence of the explosion, it seems extremely unlikely that anyone survived.

“It should come as no surprise only 10-15% of the suicide bombers are actually Iraqi, further proof of the fact the foreigner terrorists are used as nothing but cannon fodder by their Iraqi Sunni hosts,” the video description read, conservativetribune.com reports.

“The Saudi terror regime is known to compensate relatively small sums of hush money to families of suicide bombers.

23 IS fighters, including Zakat collector, arrested in Mosul 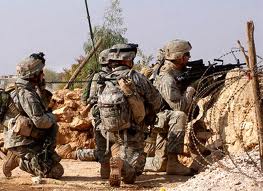 Six mortars hit US base in central Iraq