Over a dozen people have been killed and more than three dozen others injured when a series of bomb explosions and a shooting incident struck residential neighborhoods in and around the Iraqi capital, Baghdad.

Iraqi security and medical officials, speaking on condition of anonymity, said two people lost their lives and six others sustained injuries on Thursday afternoon when an improvised explosive device went off close to a popular restaurant in the northern al-Shu’ala neighborhood of Baghdad, Arabic-language al-Baghdadia satellite television network reported.

Separately, a roadside bomb detonated close to a commercial district in the al-Amin neighborhood of eastern Baghdad, leaving two civilians dead and five others injured.

One civilian also lost his life and seven others sustained injuries when an explosion struck near a medical facility in the capital’s southern neighborhood of al-Saheroun.

Moreover, a bomb attack in the Sha’ab neighborhood of northern Baghdad left one civilian dead and four others injured.

Elsewhere in the capital’s western neighborhood of al-Eskan, one civilian was killed and six others injured when a bomb blast ripped through a commercial district.

Unidentified armed men also sprayed a civilian car with bullets in Sadr City on the outskirts of Baghdad, killing an employee of the Iraqi Ministry of Trade and injuring two others.

Earlier on Thursday, a person was killed and five others wounded in a bomb attack in Sabaa al-Bour, located approximately 28 kilometers (18 miles) northwest of Baghdad,

In Baghdad’s southeastern neighborhood of Arab Jabour, a civilian was killed and three others injured when a roadside bomb exploded early on Thursday.

The United Nations Assistance Mission for Iraq says a total of 980 Iraqis were killed and 1,244 wounded in acts of terrorism, violence and armed conflict in December last year.

According to the UN mission, the number of civilian fatalities stood at 506. Violence also claimed the lives of 474 members of the Iraqi security forces. A great portion of the fatalities was recorded in Baghdad, where 261 civilians were killed.

The northern and western parts of Iraq have been plagued by violence ever since Daesh Takfiri militants began their march through the Iraqi territory in June 2014. Army soldiers and Popular Mobilization units are seeking to take back militant-held regions in joint operations. 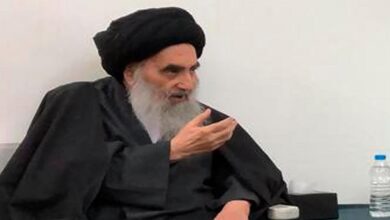 Baghdad calls on Ankara to end attacks on PKK in Iraq