Sayyid Ammar al-Hakim, head of the Islamic Supreme Council of Iraq, underlined that Iraq will stand united against external conspiracies that aim at expanding the scope of disputes, stressing the importance of cooperation between Baghdad and Tehran according to common interests, and the development of sustainable security in the region.

During his meeting with the Secretary of the Supreme National Security Council, Ali Shamkhani, in Tehran on Monday 28/ 12/2015, His Eminence praised the supportive role that the Republic has played towards Iraq, at the political and military levels, in confronting terrorism in the most difficult circumstances, congratulating the Iraqi people for recovering Ramadi from the terrorist ISIS.

For his part, Shamkhani seized the opportunity of meeting Sayyid Ammar al-Hakim to congratulate the Iraqi people for triumphing over terrorism, stressing the need to respect Iraq’s sovereignty and not to use the fight against terrorism as a pretext to achieve political goals. 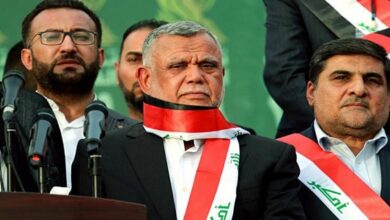 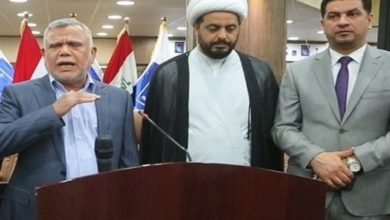 12YO Yazidi Sex Slave Reveals How She Fled from ISIS