More than 60 terrorists were killed in heavy fighting between the Iraqi army and ISIL Takfiri group in the Northern city of Baiji, Salahuddin province, a military source.

According to local media reports, the commander of the rapid intervention forces in Iraq’s Salahuddin province, Brigadier General Naser al-Qartousi, said the army troops claimed the lives of at least 60 Takfiri terrorists in Baiji’s mop-up operations.

The Iraqi army, backed by volunteer forces, has started a series of clean-up operations in Baiji in Salahuddin province with the aim of clearing the oil-rich city of the remnants of the ISIL terrorists.

Ahmed al-Asadi, a spokesman for the Popular Mobilization forces, said that the army troops are defusing IEDs and cleansing the Northern city from the Takfiri terrorists, after establishing full control over the key city.

He added that the main streets of Baiji are now safe and the army troops are fortifying themselves.

The Baiji refinery, which once produced some 300,000 barrels of refined petroleum products per day, was under the siege ISIL militants for months. 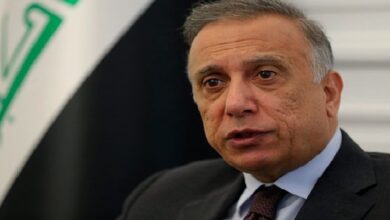 US troops withdraw from Iraq within three years: Iraqi PM

Tikrit: Remains of Iraqi Troops Found at a mass grave, Killed by ISIS