Iraq says it will host a “public” meeting between Iran and Saudi Arabia at the level of foreign ministers as part of successive reconciliation talks mediated by Baghdad.

“It will be a public meeting, unlike previous encounters which were secret and were held between intelligence and security officials,” Hussein was quoted as saying.

Iraq has hosted five rounds of talks between Saudi Arabia and Iran at the level of intelligence and security heads since last April, he added.

Both Tehran and Riyadh have hinted at some headway in recent rounds of talks, although they remain divided over some contentious issues, mainly the devastating Saudi-led coalition’s war on Yemen.

Last week, Iran’s Foreign Minister Hossein Amir-Abdollahian appreciated the “constructive” role of Iraq in advancing regional dialogue and said there has been “progress” in the last five rounds of talks with Saudi Arabia.

Amir-Abdollahian said he had told Iraqi mediators that Tehran is ready for a new political and security phase with Riyadh, expressing hope that the measure would “eventually lead to the return of Saudi Arabia and the Islamic Republic of Iran relations to normal.”

The kingdom then pursued a confrontational foreign policy toward the Islamic Republic, especially during the US administration of Donald Trump, with whom the Saudi rulers shared close ties.

The kingdom appears to have recently changed course, showing willingness through diplomatic channels and third parties to mend fences with Tehran and resume bilateral relations.

In a separate development on Saturday, Jordanian King Abdullah II stressed the need for “dialogue” to ease regional tensions and said the entire Arab states favor good relations with the Islamic Republic.

“We do not want tension in the region, and Jordan and all Arab countries want good relations with Iran based on mutual respect, good neighborliness, respect for the sovereignty of countries and non-interference in their affairs,” King Abdullah told the official Jordanian newspaper Al Rai.

Abdullah said “dialogue is a way to resolve differences,” adding that “the region does not need new crises and conflicts, but rather cooperation and coordination.”

However, the Jordanian king repeated baseless accusations against Tehran that “Iranian interference affects Arab countries,” adding, “We hope to see a change in the behavior of Iran, and this must be achieved on the ground.” 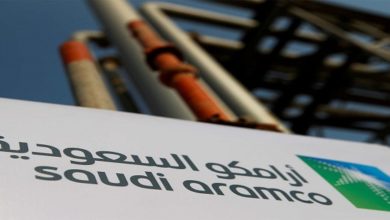