Shiite fighters are increasingly taking the lead in Iraq’s fight against the so-called Islamic State, threatening to undermine U.S. strategies intended to bolster the central government, rebuild the Iraqi army and promote reconciliation with the country’s embittered Sunni minority.

With an estimated 100,000 to 120,000 armed men, the fighters are rapidly eclipsing the depleted and demoralized Iraqi army, whose fighting strength has dwindled to about 48,000 troops since the government forces were routed in the northern city of Mosul last summer, according to U.S. and Iraqi officials.

A recent offensive against the so-called Islamic State militants in the province of Diyala led by the Badr Organization further reinforced the fighters’ standing as the dominant military force across a swath of territory stretching from southern Iraq to Kirkuk in the north.

The fighters’ growing clout is calling into question the sustainability of a strategy in which U.S. warplanes are bombing from the sky to advance the consolidation of power on the ground by groups and potentially hostile to the United States, analysts say.

Iraqi officials point out that the fighters have filled a huge need, providing muscle and manpower at a critical time and helping reverse the so-called Islamic State’s advance toward Baghdad. U.S. help came late, more than two months after the fighters surged toward the capital, they complain. An effort to rebuild the collapsed Iraqi army only began in December and so far has not graduated any trainees.

The fighters, which prefer to be described as “popular mobilization forces,” point out that their deployment has been authorized both by the government and by a fatwa from Iraq’s chief religious authority, Grand Ayatollah Ali Sistani.

Qassem Soleimani, the top commander of the Iranian force, makes regular appearances on the front lines in Iraq, echoing the battlefield swings undertaken in the last decade by U.S. generals. 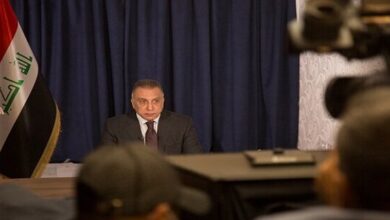 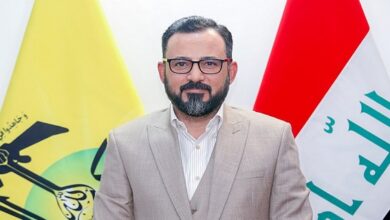