Pope Francis has called for an end to extremism and violence in his opening address on the first papal visit to Iraq, long scarred by war and now gripped by a coronavirus pandemic.

The pontiff is making his first international trip since the start of the coronavirus pandemic.

“May there be an end to acts of violence and extremism, factions and intolerance,” the pope urged in his first address after arriving in Iraq.

In a speech after being welcomed by Iraqi President Barham Salih, Pope Francis said he was very pleased to come to Iraq, which he described as the “cradle of civilization.”

“May there be an end to acts of violence and extremism, factions and intolerance!” he said.

He turned to the country’s Christians, who he said should have a greater role in public life.

“The age-old presence of Christians in this land, and their contributions to the life of the nation, constitute a rich heritage that they wish to continue to place at the service of all,” he said.

Addressing the Iraqi people in a video message on the eve of his trip, Pope Francis said he was “coming as a pilgrim, as a penitent pilgrim, to implore from the Lord forgiveness and reconciliation after years of war and terrorism.”

“Here, among so many who have suffered, my thoughts turn to the Yazidis, innocent victims of senseless and brutal atrocities,” he said.

Later on Friday, he addressed the people at Our Lady of Salvation Church in Baghdad’s commercial Karrada district, where attendance has been restricted to allow for social distancing. 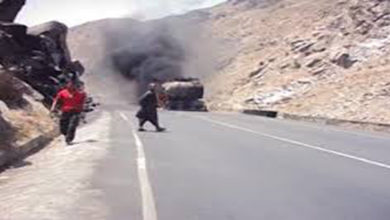 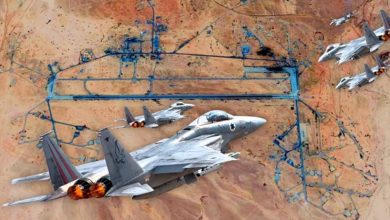 Deputy Chief of Iraq’s Popular Forces to Sayyed Nasrallah: O’ Master of Resistance, All of Us Are with You