A teenager recruited by the ISIL Takfiri terror group has surrendered himself and his explosive belt to Iraqi authorities after refusing to carry out his mission to bomb a Shia mosque.

The 14-year-old boy, identified as Usaid Barho, recently approached Iraqi guards at the gate of a Shia mosque in the capital Baghdad and handed over its explosive vest to the security forces, the New York Times reported Friday.

A plainclothes officer at the mosque snipped off the explosives, the report said, adding that the incident was captured on cell phone video. The footage has reportedly been posted on social media.

Stories about other kids being recruited by the terror group have also hit news headlines.

The United Nations released a report in November based on over 300 interviews with men, women, and children that have escaped from ISIL-controlled areas or still living in such neighborhoods.

The report slammed the extremist group for its forced recruitment of children, among its other war crimes and atrocities.

“By using, conscripting and enlisting children for active combat roles, the group is perpetuating abuses and war crimes on a massive scale in a systematic and organized manner,” the UN report said.

The ISIL terrorists control some parts of Syria and Iraq. They are engaged in crimes against humanity in the areas under their control. ISIL militants have terrorized and killed people of all communities, including Shias, Sunnis, Kurds and Christians. 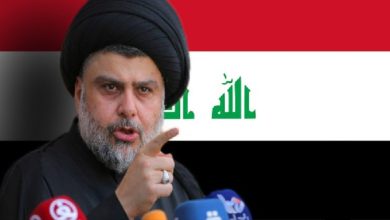 Millions pour to Iraq to mark Ashura despite deadly bombings