NATO Secretary-General Jens Stoltenberg says the number of NATO troops in Iraq would increase eightfold, claiming that the move is intended to fight terrorism and ensure that the Daesh terrorist group does not return.

“Today, we decided to expand NATO’s training mission in Iraq,” Stoltenberg said at a Thursday press conference, adding that the “size of our mission will increase from 500 personnel to around 4,000.”

He said training activities will include more Iraqi security institutions and areas beyond Baghdad.

“We will do this in incremental and in, what should I say, and based on demand from the Iraqi authorities. But there are several bases already in Iraq that we can use. Partly bases where NATO Allies already operate under the umbrella of the US Global Coalition to Defeat Daesh and partly other Iraqi bases,” Stoltenberg stated.

Some 2,500 US troops are already stationed in Iraq. Back in January 2020, the Iraqi Parliament voted to demand that US troops leave the country.

The vote came after the US assassination of Iran’s legendary commander General Qassem Soleimani and his Iraqi trenchmate Abu Mahdi al-Muhandis in a drone strike in Baghdad on January 3, 2020. The two commanders were key figures in the final defeat of Daesh in Iraq in 2017.

The US assassination led to the incremental growth of anti-American sentiments in Iraq and other regional countries.

However, the new American government which has announced a review of whether changes need to be made to US military deployments worldwide appears to get entrenched in Iraq.

One sign is an abnormal rise in the number of attacks on US troops across Iraq, which Washington usually uses as a justification to keep its forces in other countries.

Lebanon’s al-Mayadeen TV also reported last month that the US military had transferred Daesh prisoners to the Iraqi-Syrian border in order to provide a pretext for its continued presence in the region and for future attacks. 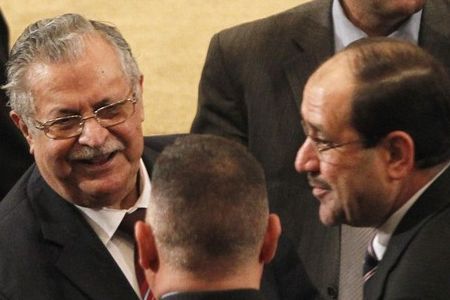