Influential Shia leaders of Iraq have separately condemned the rocket attack against the US embassy in Baghdad, calling on the Iraqi government to protect diplomatic missions against such “uncontrolled” attacks by “outlaw” groups.

In a tweet on Sunday night, Iraqi cleric Muqtada al-Sadr said he is “ready to cooperate” with the Iraqi government in protecting civilians and diplomatic missions.

“No one has the right to use weapons outside the jurisdiction of the state,” the top cleric said.

Anyone who does so is either “a terrorist or outside of the Sharia [Islamic law] and the law,” he added, condemning the rocket attack against the US embassy in the heavily fortified Green Zone of Baghdad earlier in the day.

He said those who launch such attacks are putting the civilians in danger “under the pretext of resisting the occupation.”

The rockets, which were fired late on Sunday, landed close to the US diplomatic mission, causing sirens blaring within the compound without any casualties apart from some material damage.

Following the attack, the Iraqi military said in a statement that an “outlaw group” had fired rockets at Baghdad’s Green Zone, Reuters reported.

The rockets hit a residential complex inside the Green Zone, damaging buildings and cars, but causing no casualties, the statement added.

In his tweet, Muqtada al-Sadr also advised the US embassy to avoid responding to the rocket attack, but leave the matter to Iraq, as Iraq “is the sovereign, not you.”

Sadr condemned American influence in Iraq, urging the Iraqi parliament to negotiate with the US embassy in order to put an end to its “occupation, control and interference in Iraqi affairs” in a way that preserves Iraq’s security. 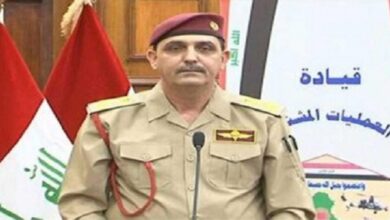