The office of Iraqi Prime Minister Mustafa al-Kazemi said in a statement that he had received James Cleverly, the Minister of State for the Middle East and North Africa, and James Stephen Heappey the Minister of Armed Forces, in Baghdad on Monday.

According to the statement, the Iraqi Prime Minister and the two British ministers met to discuss bilateral, political, economic and military relations, the importance of continuing bilateral cooperation in the fight against terrorism and the pursuit of the ISIS terrorist group and they also discussed the situation in the region and joint efforts to establish peace and dialogue aimed at achieving stability.

Al-Kazemi, Cleverly and Heappey also discussed issues agreed during the Iraqi Prime Minister’s visit to Britain last month, how to turn them into action in the interests of both countries, and ways to help empower Iraqi forces in training, equipment and intelligence support according to the country’s priorities.

During the meeting, the Iraqi Prime Minister stressed his country’s desire to establish strategic relations with Britain in the political and economic fields, noting that the historical relations between the two countries can strengthen cooperation and support the Iraq’s economy and economic reforms, as well as helping it to hold free and transparent elections to meet the demands of the people.

The British delegation, in turn, reiterated its support for Iraq and the federal government’s path to economic and security reform, and measures taken to hold early parliamentary elections. 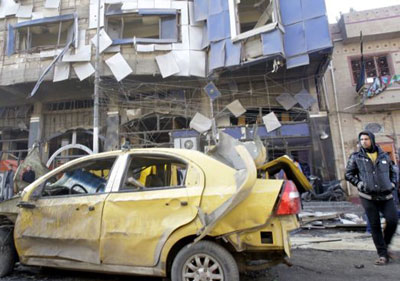 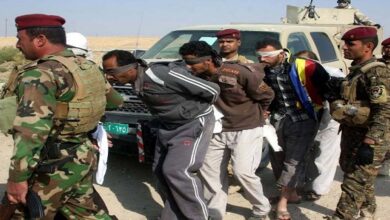