Iraqi movement Asa’ib Ahl al-Haq cautioned that the US is paving the way for the implementation of the so-called deal of the century in certain parts of Iraq, where it plots to settle displaced Palestinians.

In an interview with Tasnim, Asa’ib Ahl al-Haq Spokesman Mahmoud al-Rabiee said the movement has irrefutable evidence that the American forces are in cahoots with terrorists in Iraq.

“The US is trying to turn certain parts of Iraq into gateways for implementing the deal of the century and the western al-Anbar ploy. According to this plan, the Palestinians mentioned in the deal of century will be relocated to the western regions of al-Anbar province.”

Pointing to the active presence of American forces in western al-Anbar and in areas near al-Tanf border crossing between Iraq and Syria, Rabiee said the US is also trying to transfer terrorists from Syria into Iraq.

The Americans are attempting to take control of those regions to make them safe for the implementation of the deal of the century, the spokesman added, deploring certain Iraqi parties for cooperating with the US to fulfill their personal interests.

Rabiee further emphasized that the US must respect the Iraqi Parliament’s decision to ratify a bill on the expulsion of foreign forces from his country. “They (Americans) may delay withdrawing from Iraq and want to settle in areas that are a little far from the reach of the resistance forces, but it does not mean that resistance does not have access to them, and, if necessary, we will once again begin armed resistance.”

In early January, Iraq’s parliament passed a resolution telling the government to end the presence of foreign troops in Iraq and ensure they not use its land, air, and waters for any reason.

The move came after the assassination of IRGC Quds Force Commander Lt. General Qassem Soleimani, the deputy head of Hashd al-Shaabi Abu Mahdi al-Muhandis, and a number of others in a US airstrike in Baghdad.

They were killed in the strike by American drones near Baghdad International Airport in the early hours of January 3. 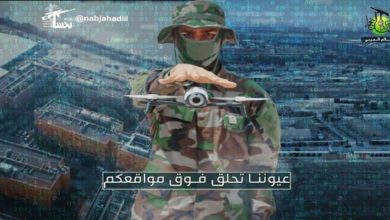