He warned that nothing but the changes can resolve weeks of protests in the capital Baghdad and some southern cities.

“The (Iraqi Shia) religious authority has made clear its position on peaceful protests calling for reform in the last Friday’s sermon.

“It stressed that the demonstrations must be peaceful and free from any violence and vandalism.

“It also underlined the sanctity of the Iraqi blood, and the need for political forces to respond to the rightful demands of protesters,” his representative Abdul Mahdi al-Karbalaei read out Ayatollah Sistani  statement read.

During a sermon in the holy city of Karbala on Friday, he said: “We affirm the importance of speeding up the passing of the electoral law and the electoral commission law because this represents the country moving past the big crisis.”

Three anti-government protesters were killed in clashes with security forces on bridges across the Tigris in Baghdad on Friday.

A medical source, speaking on condition of anonymity, told AFP that the deaths came as riot police fired tear gas and live rounds to keep crowds from crossing over to the western bank of the river Tigris.

Two of them were reportedly shot dead and the third died from trauma injuries from a tear gas canister. Another 30 protesters were wounded as well.

Iraq’s embattled Prime Minister Adel Abdul-Mahdi said in a statement on November 9 that new electoral reforms would be announced in the “coming few days,” but fell short of giving further details.

The 77-year-old also said ongoing protests were important in bringing about reform, but must allow for a return to normal life.

“The protests have helped and will help pressure political groups, the government … to reform and accept change,” Abdul-Mahdi said at the time.

He added, “However continuing protests must allow for a return to normal life, which will lead to legitimate demands being met.”

Influential Iraqi Shia cleric Muqtada al-Sadr has called upon legislators to introduce sweeping reforms in the wake of ongoing anti-government protests in the country.

He dismissed any US and foreign intervention in Iraq’s domestic affairs.

Sadr, in a series of posts published on his Twitter page on November 13, called on Iraqi people to “continue (their) peaceful protests through rational means.

However, he also urged them not to endanger Iraq and plunge the country into a dreadful [political] vacuum.” 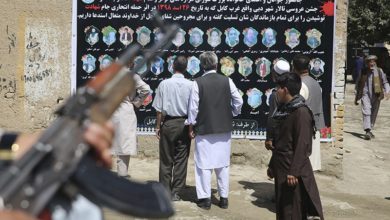 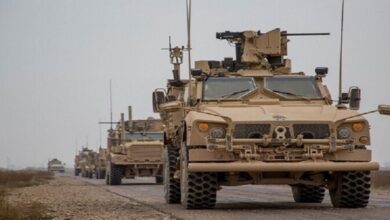