Every year Iranians in central city of Kashan hold the traditional ceremony of â€˜Kheime Koubiâ€™ which is a theatre demonstrating story of Imam Hussein (PBUH) martyrdom in the Iraqi land of Karbala, played by the locals.

People set up several tents which are made by people who hope to see one of their wishes come true by donating them to the Muharram ceremonies in remembrance of Imam Hussein, grandson of Prophet Muhammad (PBUH).

The tents are set up from start of the Muharram and are prepared for the 10th day, Day of Ashura, which is the day Imam Hussein was martyred in the Battle of Karbala (in October 680).

Shia Muslims observe Ashura through mourning rituals such as reenactment of the martyrdom and the battle scenes.
In the evening of Ashura, after Imam and all his companions had been martyred, the enemy forces attacked the camp where Imamâ€™s family had erected their tents and they set all the tents on fire.
People hold the ritual, each year greater than the last one, to bolster â€˜rightâ€™ against â€˜wrongâ€™ and never let the concept get faded in the time. 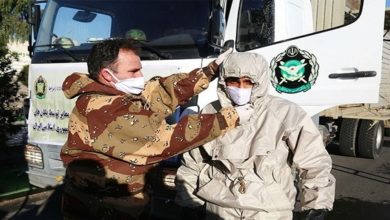