Leader of the Islamic Revolution Ayatollah Seyyed Ali Khamenei has expressed skepticism about talks with the United States.

During an iftar ceremony with a group of senior Iranian officials on Sunday night, Ayatollah Khamenei said that he was not opposed to talks with Washington on certain issues.

â€œâ€¦I am not optimistic about negotiation with the US although I have not rejected negotiations over certain issues such as Iraq in the past years,â€ the Leader stated, adding, the US officials are unreliable and dishonest.

The Leader noted that â€œWe have always believed in interaction with the world,â€ but any interaction must be based on a proper recognition of the other side.

Ayatollah Khamenei also hailed Iran’s progress in science, saying its key role in regional and global developments is proof of its success in the past 30 years.

At the beginning of 2012, the United States and the EU imposed new sanctions on Iranâ€™s oil and financial sectors based on the unfounded accusation that Iran is pursuing non-civilian objectives in its nuclear energy program.

Iran rejects the allegations, arguing that as a committed signatory to the nuclear Non-Proliferation Treaty (NPT) and a member of the International Atomic Energy Agency (IAEA), it has the right to use nuclear technology for peaceful purposes.

Iranian President-elect Hassan Rohani, President Mahmoud Ahmadinejad, and Majlis Speaker Ali Larijani were among those present at the ceremony. 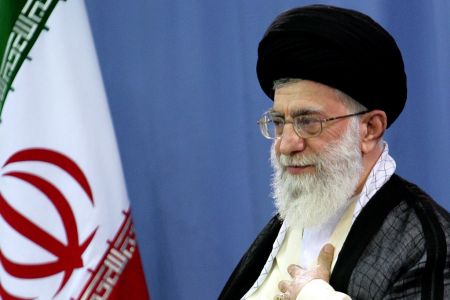 ‘Blind terrorism begotten by US, UK’ 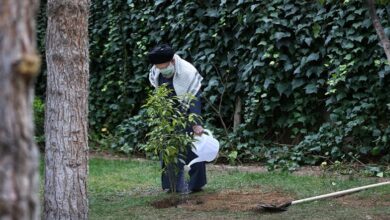