Leader of the Islamic Revolution Ayatollah Seyyed Ali Khamenei has expressed condolences over the death of more than 100 people in a terrorist attack in the southwestern Pakistani city of Quetta.
Ayatollah Khameneiâ€™s senior advisor Ali Akbar Velayati relayed the Leaderâ€™s condolences to the bereaved families of the victims of the terrorist attack during a visit to Quetta on Saturday.

On January 10, at least 92 Pakistanis lost their lives and more than 200 others were injured in twin bomb attacks that targeted Shia Muslims in Quetta. Earlier in the day, 12 security forces were also killed in a bomb explosion at a security check point in the city.

Describing Muslims as the resistance front against the expansionism of the West and Israel, Velayati said breaking the front and sowing discord among Muslims were the two main objectives of Islamâ€™s enemies.

The Iranian official said the US, Israel and their agents are the mastermind behind these terrorist attacks, stressing the necessity of unity and solidarity among the Islamic Ummah.

Attacks against Shia Muslims in different parts of Pakistan have escalated in recent months. Since the beginning of 2012, hundreds of Shias have been killed in the country.

On December 30, 2012 at least 19 people were killed when a bomb ripped through a convoy of three buses carrying Shia pilgrims in the Mastung district, south of Quetta in Balochistan Province.

In November 2012, dozens of Shia Muslims were killed in several attacks targeting processions held to commemorate the martyrdom of the third Shia Imam, Imam Hussein (PBUH).

Pakistani Shia leaders have called on Islamabad to form a judicial commission to investigate the bloodshed. 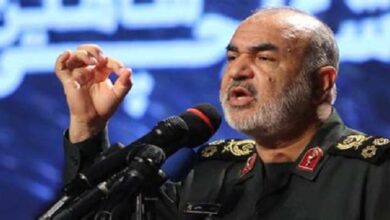 ‘We Will Target Those Behind Suleimani’s Assassination’: IRGC Chief

Iran: Use of US weapons against Yemeni civilians a war crime