Second-in-commander of the Iranian police, Brigadier General Ahmad-Reza Radan, says 20 time bombs have been discovered at Iranâ€™s border with Pakistan.

â€œWe urge the government of Pakistan to carry out its duties with regard to controlling border areas because the countryâ€™s border [with Iran] has turned into a route for saboteurs,â€ Radan said on Saturday.

â€œOne person has been identified and arrested in connection with this case and other members of the group escaped into Pakistan after they found out about their cargo being discovered [by the Iranian police],â€ he added.

Radan stated that the cargo of explosives which had entered Iran via Pakistan border was discovered and seized through cooperation of the Iranian police, the intelligence agents and the Islamic Revolution Guards Corps.

â€œThey [perpetrators] planned to bomb several locations after importing these bombs into the country,â€ he said.

Iran has spent more than USD 700 million on sealing the borders, especially with Pakistan, and has repeatedly called on Islamabad to enhance security along its borders with the Islamic Republic and prevent villains and terrorist from crossing over into Iran. 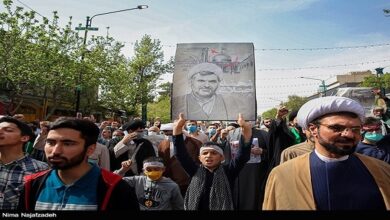 Second cleric succumbs to his wounds in Mashhad stabbing attack