The secretary of Iran’s Supreme National Security Council (SNSC) says Russia will supply Iran with advanced S-300 surface-to-air missile systems in 2015. “I believe they will be delivered this year,” Interfax news agency quoted Ali Shamkhani as saying in the Russian capital, Moscow, on Tuesday.

The SNSC secretary is in Moscow to attend the 10th meeting of the secretaries of the Shanghai Cooperation Organization (SCO) Security Council and hold talks with Russian political and security officials as well as his counterparts attending the event.

Russian President Vladimir Putin on Monday signed a presidential decree paving the way for the long-overdue delivery of S-300 missile systems to Iran. Putin’s decree lifts a ban on “the shipment from Russia to Iran” of the S-300 missiles, the Kremlin said in a statement.

Iran welcomed that move, with Defense Minister Brigadier General Hossein Dehqan saying the decision indicates the political will of the two countries’ officials to improve cooperation in all fields. Interfax quoted an official at Russia’s Defense Ministry as saying that the ministry “will be ready to swiftly deliver the S-300 missile system to Iran if it gets the green light to do so.”

Under a contract signed in 2007, Russia was obliged to provide Iran with at least five S-300 defense systems. However, Moscow refused to deliver the surface-to-air missiles to Tehran in 2010 under the pretext that it is covered by the fourth round of the United Nations Security Council sanctions against Iran over its nuclear program, which bars hi-tech weapons sales to Tehran.

Following Moscow’s refusal to deliver the system, Iran filed a USD four-billion suit against the Russian arms firm Rosoboronexport with the International Court of Arbitration in Geneva. 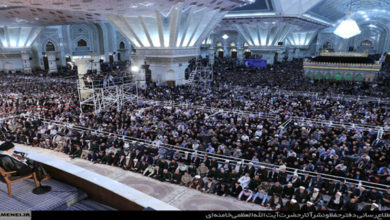