A senior Iranian diplomat criticized Saudi Arabia and its allies for waging war against Yemen, describing the move as a “strategic mistake”.

Restoring power to a country’s president cannot be a good justification for launching attacks on that country, Iranian Deputy Foreign Minister Morteza Sarmadi said at a press conference in Algiers on Tuesday, referring to fugitive Yemeni President Abd Rabbuh Mansur Hadi who is a close ally of Riyadh.

“Saudi Arabia and its allies have made a strategic mistake by starting a military aggression against Yemen and the invasion should stop,” he stressed.
The Iranian diplomat said Iran’s opposition to the invasion of Yemen is rooted in its concerns about a possible empowerment of terrorist and Takfiri (extremist) groups.
“Ansarullah was the only group fighting against al-Qaeda in Yemen and this (Ansarullah’s fight against terrorists) could boost security in Yemen’s neighbors, too” Sarmadi said, referring to the Houthi revolutionaries.
On March 26, Saudi Arabia and some of its Arab allies began to militarily interfere in Yemen’s internal affairs by launching deadly air strikes against the Houthi Ansarullah movement in an attempt to restore power to the Yemeni fugitive president.
The Saudi-led coalition, including military forces from Qatar, the United Arab Emirates (UAE), Kuwait, Egypt, Sudan, Bahrain, Morocco, Jordan, and Egypt, has killed hundreds of civilians so far.
International agencies have expressed growing alarm over rising civilian casualties in Yemen. 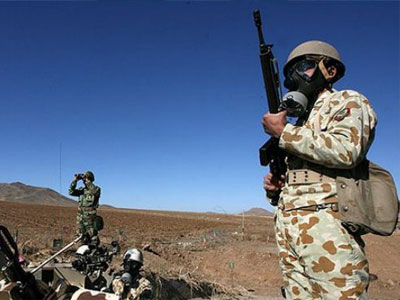