Raeisi made the remarks in a late Thursday phone call with his Russian counterpart, Vladimir Putin, during which the two sides discussed major international developments and the ongoing Vienna negotiations.

In his conversation with the Russian president, the Iranian President said, “The eastward expansion of NATO is a source of tension.”

“The continued expansion of NATO is a serious threat against the stability and security of independent countries in various regions” of the world,” Raeisi said.

He expressed hope that what is going on in Ukraine would finally benefit the nations and the entire region.

In another part of his remarks, Raeisi reflected on the ongoing Vienna talks for the revival of the Iran deal, officially known as the Joint Comprehensive Plan of Action (JCPOA), saying that during the negotiations, the Islamic Republic of Iran seeks to achieve a sustainable agreement, not a temporary one.

“Offering a creditable guarantee [by the US that it will not withdraw from the deal again], putting an end to political claims and verifiable removal of sanctions [imposed on Tehran] are prerequisites for achieving a sustainable agreement,” Iran’s president said.

The Russian president, for his part, noted that what has happened in Ukraine is the result of several decades of violation of security agreements and the West’s efforts to undermine his country’s security.

Referring to Iran’s active role in the International Atomic Energy Agency (IAEA), the Russian president emphasized the need to continue consultations between the two sides with regard to the ongoing Vienna talks. 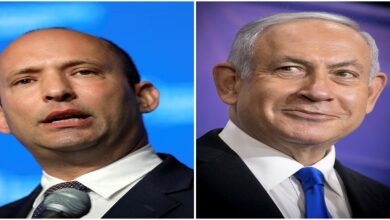