It is hoped that visit to the Russian capital Moscow would be a turning point in strengthening and enhancing bilateral relations between the two countries of Iran and Russia, Iran’s president Ebrahim Raeisi said.

Speaking to reporters upon his arrival to Tehran after his two-day visit to Moscow, Iranian President Seyyed Ebrahim Raeisi expressed hope that the visit would become a turning point in improving relations with Russia as a friend and neighboring country and that the amicable relations will help improve security in the region and the entire world.

As regards the the achievements of his visit to Moscow, the president stated, “The topics discussed during the visit focused on realizing macro objectives of foreign policy of the Islamic Republic of Iran i.e. maximum interaction with the countries of world especially neighboring countries and allies with Iran.”

During the visit to Moscow, basic agreement was achieved for the expansion of all-out, stable and useful relations between the two countries of Iran and Russia, he said, adding, “Undoubtedly, the development of relations with Russia will contribute to security and welfare of the two nations.”

Expansion of bilateral cooperation between Tehran and Moscow will certainly create security for the region and the entire world, Raeisi emphasized.

The two countries can take giant steps to break the dollar’s superiority over bilateral monetary and banking relations, he asserted, stressing doing business with Moscow in local currencies.

The two countries also agreed to remove trade barriers and promised to increase their bilateral trade to $10 billion annually.

Elsewhere in his remarks, President Raeisi pointed out that Iran enjoys high capacities and potentials in the fields of transit and transport, so that the two countries agreed to activate North-South Corridor.

Turning to his meeting with Russian President Vladimir Putin, President Raeisi said, “During the meeting which lasted for three hours, we agreed to implement the agreements as soon as possible, so that the two-day visit will be a turning point for enhancing relations with friend and neighboring country of Russia.”

President Raeisi started his historic two-day visit to Moscow on Wednesday Jan. 19 at the official invitation of his Russian counterpart Vladimir Putin and returned home on Thursday evening. 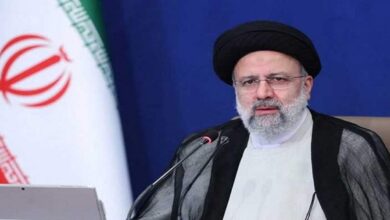 German ambassador summoned over extradition of Iranian diplomat to Belgium 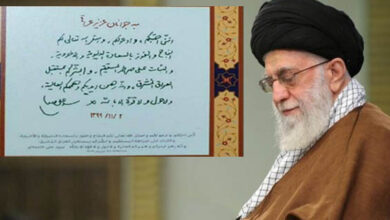 Iranian Spokesman Advises US to Avoid Further Bloodshed in Syria