Iranians mark the birthday anniversary of Hazrat Zaynab, the first granddaughter of the Prophet of Islam (PBUH), and the Nurse’s Day.

She is best known for her courageous and eloquent role in supporting her brother, the second Shia Imam Hussein, at the time of his martyrdom in the Battle of Karbala, and for protecting his family in the following months of Umayyad imprisonment.

She and her two sons accompanied Imam Hussein (PBUH) on the Event of ‘Ashura’ where her two sons were martyred and she was taken as a captive to Kufa and then to Damascus. Her sermons in Kufa and Damascus (in front of Yazid) are very famous. Due to many sufferings, she had undergone, she was called the Umm al-Masa’ib (mother of calamities).

According to several hadiths, the Prophet of Islam named her Zaynab. It is said that Gabriel brought this name from God to the Prophet. Zaynab literally means “a scenic tree with a beautiful fragrance”. It is also a compound of two words “zayn” (adornment) and “ab” (father), meaning the adornment of the father.

Hazrat Zaynab is best known for the crucial role she played during the events of Karbala in 61 A.H. when she was 55 years old. She witnessed the martyrdom of her own children, her nephews, companions, and most significantly her beloved brothers Abbas ibn Ali Talib and Imam Hussein.

Her strong upbringing, piety, and nobility ensured she was not weak in the face of adversity. Therefore, after Imam Hussein was mercilessly martyred, she became the pillar for the other women and children. She, therefore, serves as an example of steadfastness, courage, humility, and strength for all of us.

Hazrat Zaynab condemned Yazid and many of his actions, specifically focusing on his treatment of the household of Muhammad in a sermon that is very eloquent and reminiscent of the work in the Quran’s exegesis.

The following is an excerpt of the sermon Hazrat Zaynab gave in the courtyard of Yazid’s palace in Damascus after they were brought as prisoners:

“Whatever you consider today, as a bounty would turn into reparation for tomorrow, whatever you have sent in advance would be received by you. Allah does not like oppression toward his servants. I complained to Him and put my trust upon Him; thus whatever deceit you want to practice, go ahead and do it; whatever endeavors and efforts you can make, try them. By Allah you would never be able to remove our remembrance from the hearts [of the believers], nor would you ever be able to destroy our revelations; you would never reach our splendor and majesty; you would never be able to wash this ugly spot of tyranny from your [dress]; your opinion and suggestions are invalid and unstable. The duration of your rein is very short, and your assembly would soon be scattered; on that day when the heavenly crier would announce: ‘Praise be upon the Lord of the Worlds, and are beginning- with prosperity and salvation-and our end-with martyrdom and blessing. I beseech the Almighty to bestow upon them [Imam Hussein, his family (PBUH), and his loyal companions] His best recompense and may [He] increase their rewards. O You, Who is just and righteous toward us, and who is the most compassionate among all the compassionate ones, we put our trust only upon you.”

In Iran, Hazrat Zaynab’s birthday is commemorated as Nurse’s Day due to her efforts and sacrifices to take care of children such as Imam Hussein’s son Ali Zayn al-Abidin and those wounded in the Battle of Karbala. 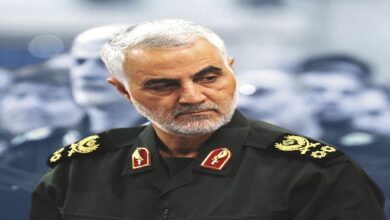 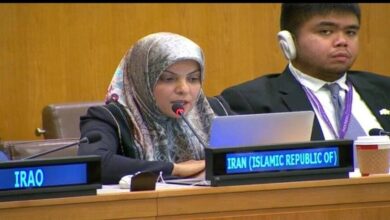