Commander of Basij (volunteer) Force Brigadier General Mohammad Reza Naqdi stressed that the arrogant powers are afraid of the aftermaths of the Iranian Supreme Leader’s highly-important message to the European youth.

“The arrogant powers fear the Supreme Leader’s letter to the North American and European youth,” Naqdi said, addressing a gathering in the Central province of Isfahan on Tuesday.

“The letter will have much wider and stronger impacts than the letter that was sent by the late Imam Khomeini to (Mikhail S.) Gorbachev (the Soviet leader in 1989, which warned him that Communism would soon fall and that he needed to study Islam) as that letter was the start of the total collapse of Communism, and this letter will give rise to the collapse of the western liberal democracy,” he underlined.

Iran’s Supreme Leader sent a highly important message to the European youth in January to stress the Islam that the West is trying to portray is a forged concept and not the reality, demanding the younger generation in the West to do research to get firsthand information before accepting their states’ propaganda.

“I don’t address your politicians and statesmen either in this writing because I believe that they have consciously separated the route of politics from the path of righteousness and truth,” Ayatollah Khamenei said in his message.

“I would like to talk to you about Islam, particularly the image that is presented to you as Islam. Many attempts have been made over the past two decades, almost since the disintegration of the Soviet Union, to place this great religion in the seat of a horrifying enemy. The provocation of a feeling of horror and hatred and its utilization has unfortunately a long record in the political history of the West.”

He added here, “I don’t want to deal with the different phobias with which the Western nations have thus far been indoctrinated”.

“A cursory review of recent critical studies of history would bring home to you the fact that the Western governments’ insincere and hypocritical treatment of other nations and cultures has been censured in new historiographies.”

The letter was welcomed by many western elites, thinkers and religious figures.

On Monday, Rev. John Bryson Chane, American Bishop, said future of the younger generation lies in following religious principles, and the Iranian Leader’s message to the youth was a severe blow to the negative impacts of modernity and secularism in the West.

“The future of the world rests squarely in the hands, hearts, minds and souls of the youth of the world. The great challenge facing the younger generation is more than just studying Islam as important as that is. As religious leaders from both occidental and oriental theological traditions, we all must work harder together in encouraging the younger generation of this world to understanding the negative impact that modernity and secularism have on our collective cultures in the 21st century,” Rev. John Bryson Chane said in an interview with FNA.

Rev. Chane also attached great importance to preparing the ground for a more peaceful coexistence between Islam and Christianity, calling on followers of all monotheistic faiths to line up against extremism and condemn violence in any part of the world.

“Islam and Christianity in particular share common values that condemn violence and extremism. Christianity and Islam can be partners in spreading a great story. There are in the world today 1.6 billion Muslims and 2 billion Christians. Think of the strength in those numbers when scholars and religious leaders from these two great monotheistic faiths stand together and decry violence as an anathema of their faith traditions,” he said. 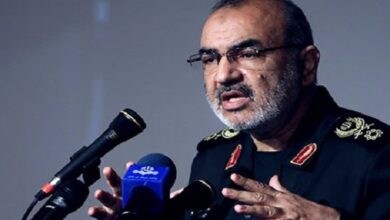 IRGC Chief: Iran Has Every Means to Beat Enemies 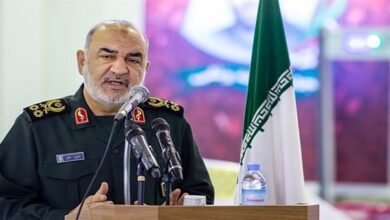 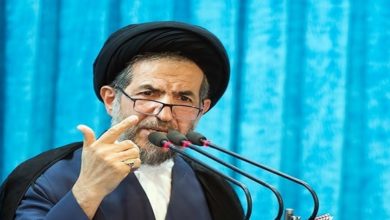