The National Democratic Opposition Partiesâ€™ team to the dialogueâ€™s preparatory table said it has proposed its 6-points-initiative to correct and prepare the environment for a successful and meaningful dialogue.

The oppositionâ€™s team has also presented its vision of the general principles and norms as essential bases for political systems based on constants derived from international references.

The opposition parties pointed out that their initiative will be ready for execution to help the dialogue succeed. The opposition is waiting for the Authorityâ€™s response and its execution plan for such mature steps to exit the political crisis through dialogue. The opposition outlined that the initiative is part of the consequences of the crisis and addresses the roots of the crisis of the disagreement over the political system and its nature and how the state is run. Such consequences must be truly addressed to prepare for the engagement in a dialogue on the aggravating political crisis in Bahrain.

The opposition parties said the other team on the dialogueâ€™s preparatory table has lingered in presenting its vision of fair representation as it had promised in the previous meeting. This is a problem that reflects an unequivocal fact related to the wrong structure of the dialogue table and that is one of several obstacles.

The opposition parties mentioned that they have made a request to add 10 more principles to the 17 principles they had presented back in April, and which had been agreed upon by the partakers. The partakers agreed to form a mini-team to look into the merging of the new principles. 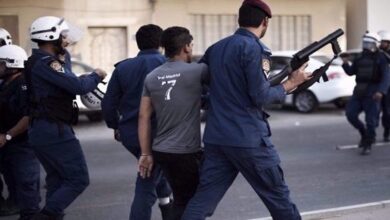