The High Criminal Court in Bahrain has sentenced two Bahraini nationals to 15 years in jail over allegations of damaging a police vehicle.

The court on Wednesday issued the sentence in connection with an alleged bomb explosion in 2013 that damaged the vehicle, according to Bahrain Mirror website.

The new development comes as human rights organizations have cast doubt on the independence of the Bahraini courts and challenge the sentences issued against the political detainees as the members of the judiciary are appointed by royal decrees and because the courts issue sentences based on confessions made under torture.

On Tuesday, another court sentenced a Shia cleric to one year in prison over his participation in a sit-in in the restive village of Diraz. Sayed Ali Ahmed al-Mosawi took part in the sit-in, which has been regularly staged in Diraz since June, in protest against the Al Khalifah regime’s decision to revoke the citizenship of prominent Shia cleric, Sheikh Isa Qassim.

Mosawi is the third cleric to be sentenced for his participation in the sit-in after Shia cleric Sheikh Ali Humeidan and Shia eulogist, Abdullah Subah, were given jail sentences earlier this month. Several other clerics are facing trial on similar charges.

On Tuesday, the Al Khalifah regime banned a human rights activist from traveling. Jalila Salman was told at King Fahd Causeway that she was not allowed to leave the country after authorities imposed a ban on her on August 21.

Earlier reports said on Tuesday that Nedhal al-Salman, the women and children rights officer at the Bahrain Center for Human Rights (BCHR), had been banned from traveling to Switzerland to attend a meeting of the United Nations Human Rights Council (UNHCR).

Manama has so far prevented 30 rights activists, including Salman, from leaving the country to attend the UNHCR event.

Since mid-February 2011, thousands of anti-regime protesters have held numerous demonstrations in Bahrain on an almost daily basis, calling on the Al Khalifah family to relinquish power.

Scores of people have been killed and hundreds of others injured or arrested in the regime crackdown on protesters. 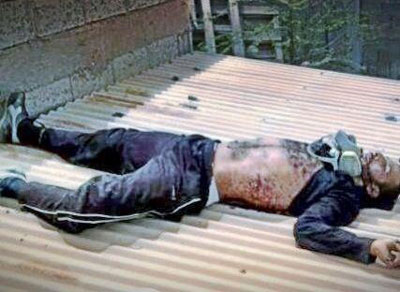