Activists on social media outlets said that Bahraini security forces raided on early Monday morning (December 28, 2015) the house of the former member of the municipality council Hamid Al-Basri in the village of Sanabis.

Sources close to the family said that the authorities confiscated his mobile phone, personal laptop and an external hard-drive without presenting a search warrant.

Al-Basri is a member of Al-Wefaq National Islamic Society and had served as a municipal council member after running as a candidate on Al-Wefaq’s municipal election list in 2006. He also worked in the Society of Islamic Awareness, a religious association established in the 1970s. 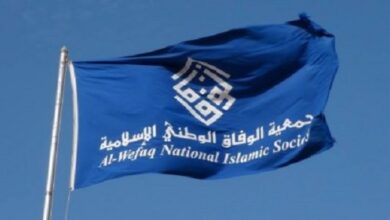 Bahrain’s Al-Wefaq: Zionists have no place in Bahrain