On Monday, the Public Prosecution Office in Bahrain renewed the detention of Sheikh Hasan Isa, a former member of parliament of Al Wefaq opposition bloc, for another 15 days. Isa was arrested on 18th August 2015 where he was wrongly accused of funding terrorism and suspects.

Al Wefaq recalled that Sheikh Hasan Isa is being subjected to reprisal through the aforementioned accusations as his voice represents a wide number of citizens when he won the elections with a 92% percentage in 2010.

Isa was allowed to meet his defense team for no more than three minutes and with the presence of four security policemen. He told his lawyers that he was subjected to mistreatment. He also mentioned that he was threatened by the investigations officer who told him, “You are in a place of ill-repute and I don’t want to beat you. We will see how valuable you are to the association (referring to Al Wefaq)”.

The defense team said Isa denied all charges against him, adding, he did not learn of his charges before he was taken to the Public Prosecution Office. His lawyers demanded his immediate release as the charges do not stand on evidence.

“What we are witnessing is a violation to human rights not a legal lawsuit”, the defense team said citing the Prosecution Office’s infringements of the law and human rights in their client’s case which they described to be “aggressive”. Further, the defense team expressed great concern over the safety of Sheikh Hasan Isa and called for his protection from threat and mistreatment. These details reflect the hostile motive behind the lawsuit and will be disclosed to national and international rights groups, the lawyers said. 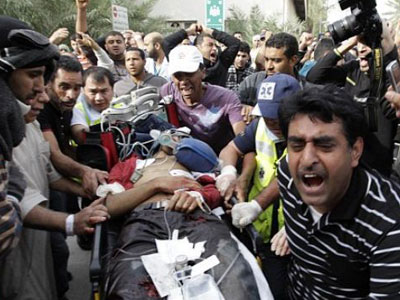