Bahrain is systematic violator of the human right to freedom of religion. The Bahraini authorities have increased restrictions on freedom of religion and conscience of Bahraini citizens, especially depriving the majority Shia population of their rights to worship and practice their religious belief.

Indeed, despite Bahrain’s public statements that it supports religious freedom, the government has increased, rather than decreased, attacks on the Shia community and worshipers. Article 22 of the Bahraini Constitution states that the state guarantees the inviolability of worship, and the freedom to perform religious rites and hold religious parades and meetingsin accordance with the customs observed in the country.

It also stipulates in Article 18 that there shall be no discrimination in the rights and duties on the basis of religion or creed. The government has moved to suppress Shia religious, social, and cultural symbols and figures by targeting Shia leaders and clerics; arresting, detaining, and sometimes deporting them. Moreover, Anti-Shia claim and commentary appeared on social media, including allegations that some prominent former and current Shia political leaders were “traitors”.

Land discrimination is also common practice against Bahrain’s Shia community. After 2011, the government bulldozed 38 Shia mosques, later promising to rebuild them but neglecting to fully follow through with their promise. In one case, rather than restore the government-demolished three-century old Abu Dharr Mosque in its original location, the government relocated it and repurposed the land as a playground. Additionally, Shia communities have been outright refused rights to their own land. There are entire areas including East Riffa, West Riffa, and Al-Hunainiyah, where Shia are not allowed to rent or buy homes or land, Adhrb reported.

At least 38 Shia mosques, including the 400-year-old Al-Barbaghy Mosque, have been destroyed, and the government has failed in its commitments to rebuild those mosques until today. Shia Mosques are being converted to museums or commercial buildings and some have been relocated to remote locations in order to undermine their cultural and religious significance. Moreover, Shia cities and villages are renamed to erase traces of their heritage. 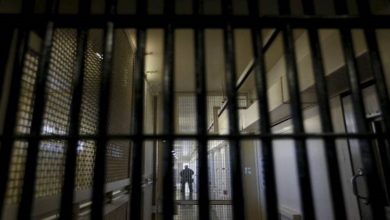