Members of Shia Federation Subha Jammu (SFSJ) on Monday staged a protest demonstration outside the Press Club demanding restoration of Peer Mitha Police station premises to the community, for its inclusion into the Karbla complex.

Members of Shia community from various parts of Jammu and some from Kashmir province also joined the demonstration.

Speaking on the occasion, President of SFSJ Ashiq Hussain Khan alleged that the premises of Peer Mitha police station adjoining the Karbla Complex originally belonged to the community and was a part of the Karbla complex.

It was encroached upon first by setting up a temporary police post there and later a concrete building was constructed on the spot, which has been upgraded to a police station now, the protesters alleged.

Ashiq Hussain further said that the State rulers right from the times of Dogra kings to the present day popular governments have been allotting land to the religious communities for their shrines, but in this case the land which belonged to the Shia community and formed part of Karbla complex was encroached upon by the government for setting up of a police station there.

The protestors further demanded that Shia community Advisory Board should be set up on the pattern of Advisory Boards set up for Gujjars, Bakerwals, Pahari people, Schedule Caste and Schedule Tribe.

Ashiq Hussain said that the Shia community has over one lakh population in Jammu province. He demanded due representation to the community in State Legislature as well as in government jobs.

Ashiq Hussain announced that in case their demands are not conceded to by the government soon, the federation will be constrained to take the next â€˜drastic stepâ€™ of resorting to hunger strike in the first week of May.

The General Secretary of the Federation Iftikhar Husaain Jafri said during the occasion  that due compensation has not been paid to the farmers, most of whom belong to Shia community whose land was acquired for construction of Baghaliar Hydel Project, nor the members of their families have been provided  jobs in the project, as was assured to them by the government.
He demanded jobs for the young members of the families whose land was acquired for the project.

The protesters also demanded naming of New Plot Chowk as Hussaini Chowk, to commemorate the memory of Jenab Hussain, the martyr of Karbla.

Jafri also complained that under PMGSY, many villages in Mendhar tehsil of Poonch have not been provided road connectivity. These villages should also be brought under the benefits provided to residents of boarder area (RBA), he demanded.

â€œThe special feature of the protest demonstration organized by the SFSJ was that members of other communities, from politicians to trade organizations and civil society joined the same and strongly supported the demands of the Shia community,â€ read a press release of SFSJ. 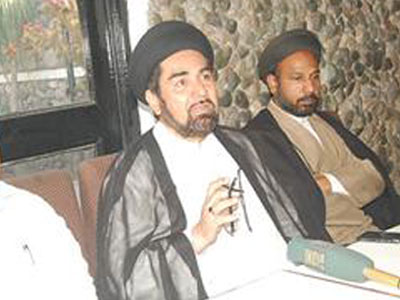 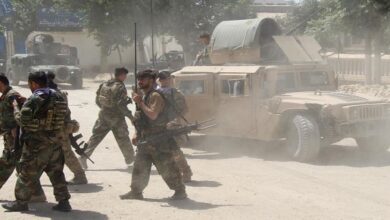