There is no end to US airstrikes despite US President Donald Trump’s announcement for troops’ withdrawal from Syria where civilians continue to fall victims to the American brutal blitz.

US forces have conducted hundreds of aerial and artillery strikes in Syria and will continue to do so indefinitely despite President Donald Trump’s order to withdraw American troops from the country, the US military’s regional command has announced.
In a Friday press release, Combined Joint Task Force-Operation Inherent Resolve (CJTF-OIR) unveiled that US and coalition forces carried out 469 strikes with either air or artillery in Syria between December 16 and 29 in support of the US-sponsored militant group – so-called the Syrian Democratic Forces (SDF) – in northeastern Syria and against what it proclaimed as “a range of ISIS (Daesh) targets,” military.com reported Saturday.
There is no immediate cutoff date for the air and artillery strikes, added the CJTF-OIR statement, further insisting that US forces “will continue to target ISIS” and “will remain committed to the enduring defeat of ISIS to improve conditions for peace and stability in the region.”
According to the US military statement, the strikes were carried out using a variety of platforms, including fighters, attack aircraft, bombers, rotary-wing and remotely piloted aircraft, rocket-propelled artillery and ground-based tactical artillery.
Civilians main victims of US air strikes in Syria
Despite US claims of targeting the Daesh (ISIL) terrorists in Syria, UK-based group known as Syrian Observatory for Human Rights (SOHR) reported on December 21 that American airstrikes killed at least 27 mostly civilians – including eight children – in the village of al-Sha’afa in Syria’s eastern Dyr al-Zawr province, also injuring scores of others.
Contrary to Washington’s repeated claims of battling the ISIL terrorist across Syria, local press reports have documented that it was in fact the Syrian army that led the operation to liberate Dayr Al-Zawr city from the grip of the foreign-backed militants in November 2017.
This is while the US-led aerial assaults across Syria have been carried out without authorization from the government in Damascus or a UN mandate. Additionally, they have failed to fulfill their declared aim of countering terrorist forces, but have mostly destroyed much of Syria’s infrastructure — in line with Israeli regime’s anti-Damascus policies – and left many civilian casualties.
Meanwhile, Syria has authorized Iraqi air force to run aerial operations against Daesh terrorists still remaining in pockets of its territory. Last week Iraqi F-16 jet fighters struck an ISIL command center near its western border inside Syria.
The last Monday attack came a day after Syrian President Bashar al-Assad said he had no objections to Iraqi cross-border strikes that were limited to the remnants of ISIL in eastern Syria.
Syrian forces in Manbij despite US claim of patrol runs
The report by the US-based military.com further cited SOHR as claiming on Friday that US troops were conducting patrols in the northeastern Syrian town of Manbij, near the Turkish border, pointing out that it was yet another sign that the US is continuing to support the SDF’s mostly Kurdish militants.
However, Syrian army announced last week that its forces entered Manbij on December 28, marking the return of the town held by the US-backed militants to the government fold for the first time in years.
The announcement came moments after the city’s residents asked the Syrian government to retake Manbij following Trump’s pledge to withdraw US troops from the Arab country.
Since Trump’s announced US troop withdrawal from Syria, which prompted the resignation of his Defense Secretary Jim Mattis, he has repeatedly backed up his vow to bring home American forces from Syria but later noted that the withdrawal would be “slow and coordinated.”
At a White House Cabinet meeting on Wednesday, Trump claimed: “We’ve had a tremendous success in Syria and “we’re slowly bringing people back.”
He further boasted, “We are doing something that, frankly, if I would have told you two years [ago], when we first came into office, that we would have had that kind of success, nobody would have believed it.” 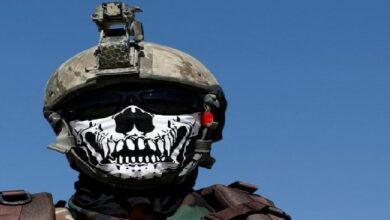 What’s behind the US Attack on Iraq’s Anti-terror Forces?