In the latest wave of changes under the so-called reforms, Saudi officials announced changes in the student textbooks, titles, and education system.

For the first time, the Arab kingdom omitted parts propagating hate against other religions and also those teaching the radical ideology of Wahhabism and the sentence of execution. Wahhabism’s beliefs about the battle of Armageddon were also removed.

This is the second time Saudi Arabia gives the textbooks a major review under the much-vaunted reforms of the Crown Prince Mohammed bin Salman. In last year’s version of the education system reforms, the concentration was on the omission of anti-Zionist material that was driven by Bin Salman’s political and social reforms and pursuit of the normalization project with the Israeli regime under Washington pressures.

The US pressures were not limited to pushing ahead with the normalization. They also included the education system to eliminate the anti-Western views in the Saudi society that have long turned into a security threat for the US. Examples are the Saudi nationals’ role in the 9/11 attacks and also the shooting in 2019 at a naval air station in Pensacola, Florida in which a Saudi air force officer gunned down three American navy servicemen. According to a probe conducted jointly by the US and Saudi Arabia after the fatal attack, Mohmmad Saeed al-Shamarani, 21, studied a more radical and unrelieved version of textbooks.

Since his assumption of power in 2017— in a yet uncustomary and coup-style way in which he removed the Crown Prince Mohammad bin Nayef and arrested a number of his supporters in the royal family— Bin Salman announced some reforms mainly related to the women. Giving women the right to drive car, get a passport, and travel abroad without the permission of male wali (guardian) were part of the social reforms. Other reforms were economic that aimed at paving the way for the renewal of the kingdom under the ambitious Saudi Vision 2030 that is aimed at termination of the Saudi reliance on the oil income and transformation into an industrial state. The interesting point is that all these actions were accompanied by a massive media campaign to win the West’s advocacy.

But taking advantage of the propaganda campaign did not last a long time. Yemen war and the resultant humanitarian crisis, detention of rights activists and political opposition, and execution of Shiite citizens gave an untrustable and suppressive image of bin Salman. The last nail in the coffin of bin Salma’s reforms was hammered by the murder of Jamal Khashoggi, an outspoken critic of the crown prince, in October 2018 at the Saudi consulate in Istanbul. The journalist’s body was dismembered and dissolved in acid.

Seeking to save the arms and economic contacts with the Saudis and also to press forward the “deal of the century”, Trump offered support to bin Salman in the face of global pressures. However, with his defeat in the November 3 presidential elections, things will change.

“Jamal Khashoggi and his loved ones deserve accountability,” then-candidate Biden said in an official statement in October that marked the second anniversary of the crime. There have been reports that Saudi agents with orders from Mohammed bin Salman have killed and dismembered him. “Under a Biden-Harris administration, we will reassess our relationship with the Kingdom, end U.S. support for Saudi Arabia’s war in Yemen, and make sure American does not check its values at the door in order to sell arms or buy oil.”

The crown prince has so far denied knowledge about the crime and in September he sentenced five men to death and three to jail for the ruthless murder. However, the implementation of the sentences was not supervised by an international organization, and Saud al-Ghahtani, the architect of the crime, was silently restored to his post in the royal court.

Now bin Salman, aware of the Western taste especially the Western media, made the educational changes primarily to pose as committed to the kingdom’s departure from the Wahhabi ideology and radicalism and also to give green light to the normalization in a bid to persuade the Israeli lobbies in the US to prevent pressures on Riyadh as Biden is taking the power and Trump is leaving.

According to the Institute for Monitoring Peace and Cultural Tolerance in School Education (IMPACT-SE), Saudi Arabia eliminated material about the Armageddon and Zionism’s plans to expand the Israeli regime’s borders from the Nile to the Euphrates.

The move was met with criticism about the show nature of the reforms as Professor Hasan Farhan Maliki, a Saudi scientist, is still in jail and faces a death sentence for his call for freedom of belief and also criticism against some measures of the Wahhabis.

Fatah Panditth, the author of How We Win: How Cutting-Edge Entrepreneurs, Political Visionaries, Enlightened Business Leaders, and Social Media Mavens Can Defeat the Extremist Threat, believes that the words and deeds of the Arab kingdom should match. Pandith, pointing to billions of dollars spent to export books containing radical material and Salafi preachers’ sermons, discloses the Saudi contradiction in words and deeds.

This dualism can be apparently observed in the recent crackdown on the Shiites in Al-Awamiyah east of the country, demolition of their holy sites, and also suppression of the rights activists.

Last month, the Independent newspaper in a detailed report shed light on the woeful conditions of the political prisoners and women in Saudi prisons.

The report, arranged by the Grant Liberty, a London-based rights organization, said that the jailed women’s rights activists and political prisoners have been sexually assaulted, tortured and died in Saudi prisons. Over 300 political prisoners have suffered human rights abuses since Mohammed bin Salman became crown prince of the kingdom in 2017. The report says that 20 of the prisoners were arrested before their legal age. 5 were executed and 13 are awaiting execution. 27 women activists are in the prison and 6 are at risk of sexual abuse, the report continues.

The women rights activist Loujain al-Hathloul, 31, is one of those in prison. She was arrested in 2018 and recently sentenced to 20 years in prison. She was subjected to a set of tortures including electric shock, lashing, and sexual abuse.

This leads to the conclusion that the recent bin Salman reforms are for political aims and like a circus only for the Western audience. 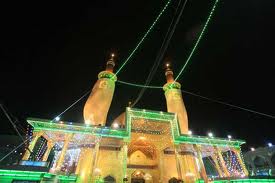