The Lebanese resistance movement Hezbollah has released a video showing Israeli vessels operating in a disputed area in the Mediterranean Sea, warning that all the occupying regime’s platforms and targets are “within the reach” of its missiles.

The Arabic-language al-Manar satellite television station affiliated with Hezbollah aired the drone footage on Sunday, showing Israeli ships at the Karish field off Lebanon’s coast in Eastern Mediterranean, along with their exact coordinates.

The one-minute video starts with Hezbollah Secretary General Sayyed Hassan Nasrallah’s words during a recent speech in which he warned that the resistance movement’s precision missiles can hit any Israeli target at sea or on land.

It then shows the Arendal Spirit platform, the UK-based Energean Power floating storage and production, and Stenna Icemax drillship located in the Karish gas fields.

The video ends with the footage of a rocket with the words “the target is within range” in Arabic and Hebrew.

The warning was broadcast hours before US Senior Adviser for Energy Security Amos Hochstein was scheduled to meet Lebanese officials in the capital Beirut to mediate ongoing talks between Lebanon and Israel over their long-standing maritime border dispute.

The two sides have held several rounds of talks to delineate their maritime borders and resolve the decades-long dispute but to no avail.

Last month, Nasrallah warned that “no one” would be allowed to operate in maritime oil and gas fields if Lebanon was barred from its “rights” in extracting from areas off of its coast.

Also in early July, Hezbollah flew three unarmed drones toward Karish to warn Israel not to conduct any extraction operation prior to resolving their maritime border dispute.

Takfir against Muslims is the official policy of Saudi Arabia 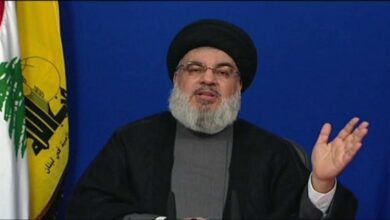 For years, US sought to orchestrate Capitol siege-style incident in Lebanon, Nasrallah says 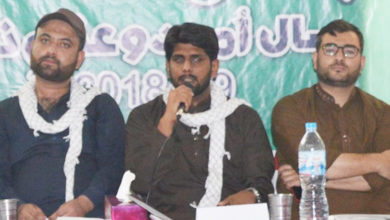 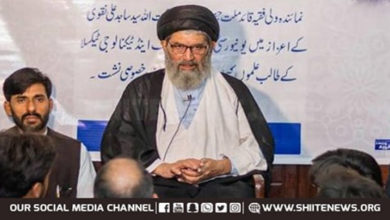