A high-ranking official with Lebanon’s Hezbollah resistance movement has blasted US policies for pushing the economy of his country to the brink of collapse.

“The United States’ policies are the main cause of problems facing Lebanon; especially as Lebanese banks are under US control and Lebanon’s economic system is affiliated with it. The tragedies that have plagued Lebanon over the past decades are all the result of American policies,” head of Hezbollah Executive Council, Sayyed Hashem Safieddine, said during a ceremony in the southern Lebanese town of Deir Qanoun al-Nahr on Monday.

He noted that instead of helping the country find a solution to the worsening crisis, Washington has opted to exert more pressure and suffocate the Lebanese nation.

The Hezbollah official said that Lebanon is currently facing various financial, economic, and political problems, stressing that Lebanese people must adhere to their national standards or they will get carried away.

“Things have been clear to us ever since the current crisis broke out. We identified the root causes of the predicament and prescribed effective remedies. The problem does not rest with us. We cannot administer remedies alone in order to resolve lingering economic, social and livelihood problems. Things would not improve and we would not be able to change the course if others do not join hands with us,” Safieddine pointed out.

“Given our experience and understanding, the current crises will eventually end. The important thing is, nevertheless, to minimize losses and find appropriate solutions. This is the fundamental point of contention between us and others,” he noted.

The senior Hezbollah official said American delegates have sought to draw up a fictitious roadmap for Lebanese people, warning that the nation would lose its national pride, natural resources and economic prosperity in case it followed the path.

“If America really wants to solve the Lebanon crisis, it must allow the Lebanese to take responsibility for their own oil, lift sanctions imposed on Lebanon, and stop pressure on the countries that can help the Lebanese nation. What it did regarding the delivery of Egyptian natural gas to the Lebanese through Jordanian and Syrian pipelines was a reaction to Iranian fuel supplies to Lebanon,” Safieddine said.

Back in September, energy ministers from Jordan, Syria, Lebanon and Egypt came together in the Jordanian capital, Amman, where they agreed that Lebanon, which is going through crippling fuel shortages, would import Egyptian gas and Jordanian electricity via Syria.

The United States, with the intention of countering what it calls Iranian influence in Lebanon, also supported the agreement.

Elsewhere in his remarks, Safieddine said, “We can neither trust US words and actions nor the visits of American officials. We advise those who follow in US footsteps to stop believing in false hopes. The US has previously abandoned Lebanese officials who bet on its support. Those who put their trust in Washington are now living in anxiety and fear.”

“The United States does not really want to come up with a solution to the Lebanon crisis. US officials are waiting for the results of the upcoming general election in Lebanon [scheduled for next March]. They would think of conditional ease of sanctions if the outcome is favorable to them; otherwise they would escalate their pressure,” Safieddine said.

Lebanon has been mired in a deep economic and financial crisis since late 2019. The crisis is the gravest threat to the country’s stability since the 15-year civil war ended in 1990.

The economic and financial crisis is mostly linked to the sanctions that the United States and its allies have imposed on Lebanon as well as foreign intervention in the Arab nation’s domestic affairs.

Compounding the woes, Saudi Arabia has imposed its own sanctions, including banning its citizens from traveling to Lebanon where Riyadh-backed elements have been jockeying for positions. 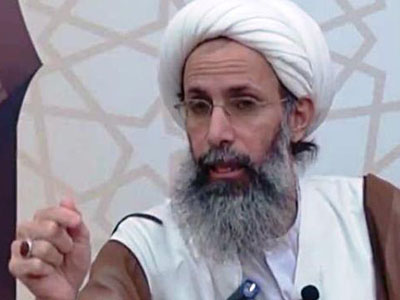 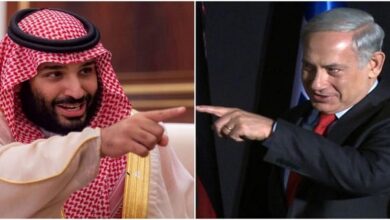 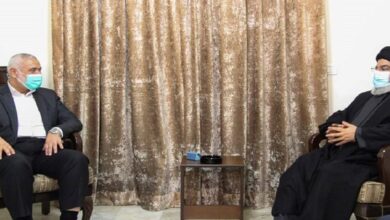