“The presidency welcomes the efforts of our brothers in the [Persian] Gulf Cooperation Council ([P]GCC) to solve the current crisis in Yemen,” a statement released by Saleh’s office said on Monday, Â Reuters reported.

“He (Saleh) has no reservations about transferring power peacefully within the framework of the constitution,” the statement added.

The reaction came a day after the Persian Gulf Arab states presented a united front in calling on embattled Saleh to step down and hand over power to his deputy.

“We are not concerned by any solution negotiated between the regime and the opposition that does not answer our main demand: the fall of the regime and its figures,” said leading activist Adel al-Rabyi, from the Youth for Change coalition, AFP reported.

“We do not accept the hijacking of our revolution,” said Rabyi, a representative of all youth groups in the capital Sana’a and other major cities.

Thousands of anti-regime protesters held a protest near Sana’a University On Monday, demanding the ouster and trail of the long-decades president.

“The people want to put the president on trial,” they chanted.

Demonstrators in the Red Sea city of Hudaydah also echoed the same demands.

Inspired by the revolutions that toppled long-time rulers in Tunisia and Egypt, the Yemeni protesters took to the streets across the country to demand an end to the 32-year rule of Saleh. 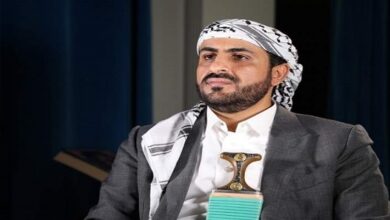 Abdulsalam: Open on Exchange of Hamas Detainees with Saudi Pilots

Saudis to achieve nothing from Yemen airstrikes: Analyst