Yemeni Shia Houthis have denied a government claim they killed a Yemeni soldier in their stronghold of Saada, thereby breaching a truce that ended their conflict with President Ali Abdullah Saleh’s government. According to Ahlul Bayt News Agency , Yemeni security officials claimed late on Friday that Houthis had killed a soldier, Namran Suleiman Jaber Hadshan, who was also a bodyguard to a member of parliament, and dumped his body in a well. In a statement posted on their website on Saturday, the Houthis said the soldier had fallen down a well “at least 20 days earlier” and died as a result of his injuries. “There was no involvement or link whatsoever on our part to what happened,” the Houthis said in the statement. Also on Friday, officials said Houthis had a day earlier opened fire on a military plane flying above Saada, one of the most serious breaches of the truce. The aircraft, which state media said was carrying military and government officials, was not hit. Yemeni media said the Houthis denied involvement in the incident. The Yemeni government, struggling to stabilise a fractious country where Al-Qaeda is trying to strengthen its influence, agreed a truce in February with the northern Shias to halt fighting that has raged on and off since 2004 and displaced 250,000 people. 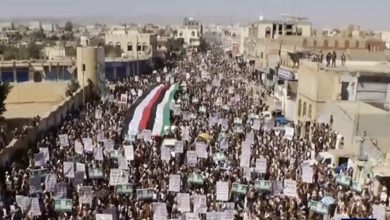 Thousands of Yemenis protest against Trump’s ‘deal of century’ 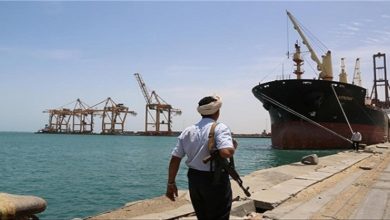