Yemen’s Houthi Ansarullah movement has freed a Saudi soldier in exchange for seven detained Yemenis as part of a tribally-mediated agreement, a report says.

The official Saudi Press Agency (SPA) said in a Wednesday statement that the prisoner swap was launched by Yemeni tribal figures to diminish the violence in the border area and facilitate the delivery of humanitarian aid to the Yemenis.

Riyadh “welcomed the continuation of a state of calm along the border… which contributes to arriving at a political solution,” the statement said.

On Tuesday, two senior Houthi officials told Reuters that representatives of the group had arrived in Saudi Arabia to discuss a truce along the frontier.

The visit reportedly began on Monday at the invitation of Saudi authorities, following a week of secret preparatory talks, the officials said.

According to the unnamed officials, the Houthi delegation in Saudi Arabia is headed by Mohammed Abdel-Salam, a senior adviser to the group’s leader Abdel-Malik al-Houthi.

Saudi Arabia has been bombing its southern neighbor for about a year now in a bid to weaken the Houthis and restore power to fugitive former Yemeni President Abd Rabbuh Mansur Hadi, a staunch ally of Riyadh.

Yemenis have been carrying out retaliatory attacks on the Saudi forces deployed in the country as well as targets inside Saudi Arabia.

At least 8,400 Yemenis have been killed and over 16,000 others have sustained injuries since the onset of the war in March 2015. The military campaign has also taken a heavy toll on the impoverished country’s facilities and infrastructure, destroying many hospitals, schools, and factories. 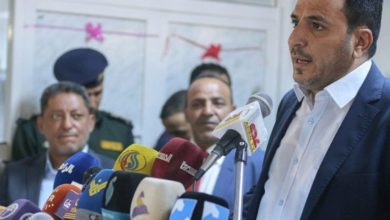 Yemen Minister: We Need Over 1,000 Nurseries to Save Newborns