The Yemeni defense minister says the country’s future retaliatory strikes would target areas beyond Saudi Arabia and the United Arab Emirates (UAE), warning the Saudi-led coalition against any new act of aggression against the war-wracked country after a truce was violated.

“We will never hesitate to bombard very sensitive and important facilities, and we will include them in the list of our future targets.

“The designated targets will not be constrained to areas within the borders of Saudi Arabia and the UAE; and could be situated in regions much beyond these two countries,” Yemen’s Arabic-language al-Masirah television network quoted Major General Mohammad al-Atifi as saying on Thursday.

He added, “We once again warn the regional countries which support the coalition of aggression that we will employ surprising tactical and strategic methods during the war.”

The Yemeni defense minister also emphasized that there is no obstacle in employment of homegrown ballistic missiles and combat drones to launch retaliatory strikes against enemies.

“We will make the aggressors scream in pain. We won’t pay any attention to their cries for help then. We have mobilized our armed forces for a strategic military decision. Enemies are strongly advised not to test our mettle,” Atifi pointed out.

His remarks came after Yemeni Foreign Minister Hisham Sharaf stressed that the UN Security Council should not turn into an international platform, which justifies and legitimizes Saudi-led aggression against the impoverished Arab nation.

Sharaf lambasted the UN body’s attempts to distort facts and display as if the demands put forward by Sana’a are excessive and unrealistic, stressing that such an approach attests the Security Council’s collusion with the opposite party and utter disregard to the ongoing humanitarian catastrophe in Yemen.

“The Sana’s government’s demands are fairly straightforward and do not entail any ambiguity. They are purely humanitarian and legitimate, and meant to mitigate the adverse repercussions of the humanitarian crisis in Yemen,” the top Yemeni diplomat noted.

He called on the Security Council to assume its responsibilities and put an end to the Saudi-led military aggression and broad siege, which lack any logical and legal basis.

“The ongoing aggression and siege against Yemen run contrary to the mandate of the UN Security Council and the UN Charter as regards international peace and security,” he said.

The Yemeni foreign minister also underlined the need for concerted efforts at local, regional and international levels in order to achieve a just and sustainable peace that will serves the best interests of the Yemeni nation.

In a statement, United Nations Envoy for Yemen Hans Grundberg called on all Yemeni sides to refrain from acts of provocation as negotiations are continuing, after an October 2 deadline for extending the UN-brokered truce expired.

Grundberg said efforts to extend and expand the ceasefire for a further six months had not been successful.

“The UN special envoy regrets that an agreement has not been reached today, as an extended and expanded truce would provide additional critical benefits to the population,” the statement read.

“I urge (the warring parties) to fulfill their obligation to the Yemeni people to pursue every avenue for peace,” the Swedish diplomat was quoted as saying.

Yemen’s popular Ansarullah resistance movement said in a statement on Saturday that the ceasefire was at “a dead end.”

“Over the past six months, we haven’t seen any serious willingness to address humanitarian issues as a top priority,” the statement said, denouncing the Saudi-led coalition of failing to agree measures to “alleviate the suffering of the Yemeni people.”

The objective was to reinstall the Riyadh-friendly regime of Abd Rabbuh Mansur Hadi and crush the popular Ansarullah resistance movement, which has been running state affairs in the absence of a functional government in Yemen. 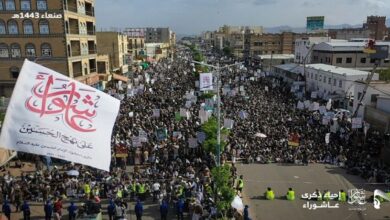