In the wake of the Saudi regime’s border guards’ opening fire on the Yemeni civilians in Manbeh, four people were killed and injured.

According to Al-Masirah, the Saudi border guards shot dead two Yemenis in the Manbeh district of Sa’ada and injured two others.

Also, on Saturday, the Saudi troops killed one Yemeni civilian and wounded five others in an attack on Manbeh.

Yemen’s border areas have been pounded by the Saudi regime’s artillery in recent months, leaving a number of Yemeni civilians killed and wounded.

Meanwhile, in another development, the Yemeni sources reported on Sunday night the widespread attacks of the Saudi coalition’s fighters on Marib province, the center of Yemen.

The Chairman of the Yemeni Supreme Political Council in a message to the UN Secretary-General criticized the international body’s stance on the country’s crisis, putting a political cover on the crimes of the Saudi regime.

Mahdi al-Mashat said the UN’s continual adoption of partisan policies would undermine its significance for the people of the world.

Saudi Arabia, with the support of the United States, the United Arab Emirates, and several other countries, invaded Yemen in March 2015. The outbreak of war by Saudi Arabia and its allies in Yemen has so far killed tens of thousands and displaced millions of Yemenis. The Saudi military aggression has also left the impoverished country of Yemen severely short of food and medicine. 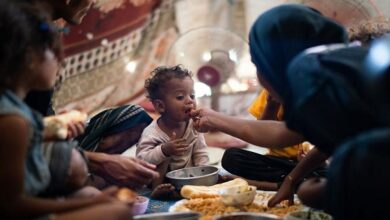 Thousands of Yemenis rally against Saudi ban on Hajj 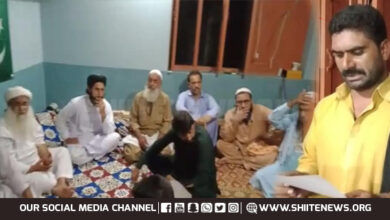