Yemeni Foreign Minister met with the Iranian Ambassador to Yemen to discuss the regional development and bilateral relations between the two countries.

“Iran-Saudi talks will help achieve stability in the region and will eliminate tension,” said Hisham Sharaf Abdullah during the meeting with the Iranian Ambassador to Yemen Hassan Irloo.

He added: “Any agreement to boost security and stability in the Arabian Peninsula and the Persian Gulf is not possible without ending the military aggression against Yemen, lifting the comprehensive siege imposed on our country and reopening all land, sea, and air crossings to Sanaa International Airport.”

Iranian ambassador to Yemen stressed that no military solution could be successful in Yemen and that the only solution to the crisis is political and diplomatic.

Tehran and Riyadh have been involved in security-oriented talks in Baghdad ever since April 2021, when Tehran also resumed talks with major world powers over reviving a 2015 nuclear deal, officially known as the Joint Comprehensive Plan of Action (JCPOA).

So far, four rounds of talks have been held, and the fourth round is underway.

One of Iran’s goals in the talks is to persuade Saudi Arabia to end its attacks on Yemen and lift the siege.

Before the last month Iraqi PM, Mustafa Al-Kazemi visit Iran, the Iranian Ambassador to Iraq, Iraj Masjedi, who has been involved in the Iran-Saudi talks, announced that they would resume soon. “So far, we have had three rounds of talks with the Saudi side, and the fourth round will be held following the formation of the new Iranian government,” he said at an event in Baghdad held on the sidelines of the August Baghdad summit.

Masjedi said, “Iran has declared its readiness for dialogue and peace and has extended its hand to help neighboring countries and the region.”

Discussions between Iran and Saudi Arabia are on the right track, but it will take more time to restore bilateral ties, Iran’s foreign minister Hossein Amir-Abdollahian said in Beirut on Saturday.

Calling Iran-Saudi Arabia talks constructive Iranian Foreign Minister said that the problems in the region should be solved through consultation and cooperation of the region’s countries. 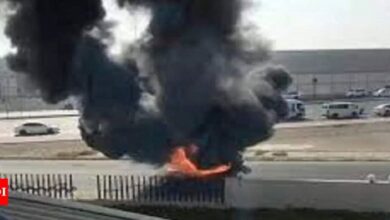 Deadly US raid on Yemen produced no major intelligence: Officials