US State Secretary Mike Pompeo has confirmed approval of $8.1 billion in arms transfers to Saudi Arabia, Jordan, the United Arab Emirates in a bid to “deter Iranian aggression.”

“Today, I made a determination pursuant to section 36 of the Arms Export Control Act and directed the Department [of State] to immediately complete the formal notification of 22 pending arms transfers to Jordan, the United Arab Emirates and Saudi Arabia totaling approximately $8.1 billion to deter Iranian aggression and build partner self-defense capacity,” Pompeo said on Friday, AFP reported.

“These sales will support our allies, enhance Middle East stability and help these nations to deter and defend themselves from the Islamic Republic of Iran,” Pompeo said as cited by AFP.

Pompeo said this move would be a “one-time event.” He emphasized that these arms transfers are critical for the United States’ partners in the region to be able to provide for their own self-defense and to back US forces in the region.

Earlier in the day, ranking member of the Senate Foreign Relations Committee Bob Menendez said in a press release that the Trump administration had invoked a provision in US foreign arms sales legislation that would allow the White House to bypass Congress and sell weapons to Saudi Arabia, the United Arab Emirates and others.

US President Donald Trump has publicly stated he would not end support for the Saudi-led war in Yemen for fear of losing business with Riyadh, which he previously estimated to be around $100 billion. 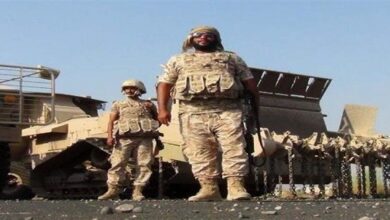 US president in no position to terminate Iran’s nuclear deal: EU