The Shia Islamic Movement in Nigeria under the Leadership of Sheikh Ibraheem Zakzaky(H) marks the birthday anniversary of the Leader of the Believers Imam Ali (pbuh).

The celebration took place at the Movementâ€™s Center ,Zaria on Â Friday the13th of Rajab 1431 (25/6/2010). Speaking to multitudes of the Followers of Ahlul Bayt(AS) Sheikh Zakzaky highlighted on the life history of the Imam Ali and his closeness to Prophet Muhammad (SAWA). He also spoke on his knowledge, virtues, devotion, bravery and many qualities of the Leader of Â the Believers.

Some of the qualities of Imam Ali mentioned by the Leader of the Shia Islamic Movement include his being the first person to embrace Islam when the prophet was calling his kinship to Islam as ordered by Allah adding that since the beginning of the Prophetâ€™s declaration of his mission Imam Ali was always together Â with the Prophet(SAWA) and submitted to him. It was also reported in Â genuine hadeeth that Imam Ali (AS) stayed with the Prophet in the cave of Heera for seven years worshiping Allah Almighty before Prophethood. Â This shows his closeness to the Prophet, Sheikh Zakzaky explained.

Base on this sacrifice by Imam Ali to ransom the Prophet Godâ€™s commended his effort in the holy Quran.

Sheikh Zakzaky also mentioned of Â the bravery of Imam Ali in the battles of Badr, Uhud, Handaq and other battles when Islam Got upper hand in all the cases. Imam Ali displayed unequal bravery and sacrifice at a time when some turned their back, Sheikh noted.

He added that all the virtues of the Imam are mentioned in the books of history that are easily obtainable and is not confined to a particular School of Thought. The saying of the Prophet regarding Imam Ali when he qualified the position of Â Imam Ali to him as just like the position of Â Harun to Musa(AS) except that there shall be no prophet after him is a popular Saying.

Islam was saved again during the battles of Handak or Ahzab when the Imam had a Â one-on-one encounter with the Quraish experienced warriors like Amr bn Â and killed him. The Prophet described that encounter as one in which belief (Iman) and unbelief (Kufr ) fought each other. The Prophet added that the Â reward of that encounter outweighed the rewards of all the devotions of creatures in the sight of Allah. Â This is Imam Ali Bn Abi Talib (pbuh). 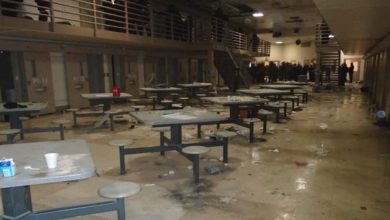