He (Muhammad) continued to say that his villages in France has converted to Islam and followed the creed of Ahl al-Bayt (peace be upon them), explaining that the village embracement of the Islamic religion and the doctrine of the prophet’s household members was due to Dr (Mohamed Tijani).

Ahlul Bayt News Agency (ABNA.ir), Accompanied by an Islamic delegation from France, the Islamic thinker and scholar, Dr. Muhammad Tijani has pay a Visit to the holy Shrine of Imam Hussain peace be upon him (The grandson of the Prophet Muhammed. He is appointed by God as the third successor of the Prophet SAW according to Shia Muslims). After the visit, the delegation has met with the Secretary General of the Holy Shrine Sheikh (Abdel Mahdi al-Karbalai).

In a statement to the correspondent of NON14, on Thursday, Mr Tijani said that “this is the fourth visit, which I have the honour to pay to the holy shrines in Iraq after the fall of the dictatorship, and during each visit, I notice that there are developments in Iraq as whole and in the holy shrines in particular,” he added that “In this trip I came along with Mr (Abdul-Karim Mohammed), a Muslim French man who has converted to Islam since he was 15 years old and followed the doctrine of Ahl ul-Bayt (Shia Islam) through me more than thirty years ago, and his French Muslim wife as well. “

For his part, Mr Abdul-Karim Mohammed has told NON14 : “I came, accompanied by Mr. Tijani and my wife (Zahra), who is French and who has converted to Islam and became a follower of Ahl ul-Bayt (the prophet Household Members A.S). He has elaborated: ” I have embraced Islam since my young age, and met my wife, who embrace the same thoughts that I embrace, so it was a good occasion for marriage. I was participating in the congressional prayers that were held by Imam Khomeini in France, although i had not knew him; however Dr. Tijani introduced me to his character at that time.

He (Muhammad) continued to say that his villages in France has converted to Islam and followed the creed of Ahl al-Bayt (peace be upon them), explaining that the village embracement of the Islamic religion and the doctrine of the prophet’s household members was due to Dr (Mohamed Tijani). The French Muslim (Abdel Karim Mohammed) described his feelings when he entered the pure Shrine of Imam Husain A.S as someone who entered a jewel in Paradise [â€¦]. He added “I was very excited to visit the Infallible Imams peace be upon them where I knew them before, but I did not had the privilege of visiting their Holiness, pointing out that this visit, is according to an invitation extended by Tijani to them and they are now hosted by Imam Hussain peace be upon him and he is full of happiness with his wife in the vicinity of the pure Imams. “

On the other hand, the French visitor has expressed surprise of what is announced by satellite TVs and the media, especially on the European ones about the security situation in Iraq; stating that what he saw and touched during his stay in Iraq, is on the contrary of what he had heard of from those western channels. 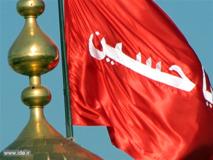 French Shias to Mourn Martyrdom of Imam Hussein (AS) 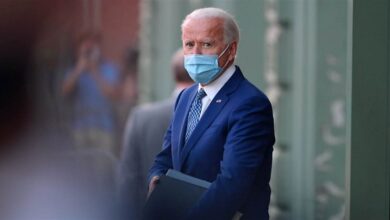