The construction of â€œFatima-Zehra(sa)â€ mosque will be completed, spokesperson for the Caucasian Muslims Office Rahima Dadashova told reporters.

Azerbaijani President Ilham Aliyev has ruled that the Fatima-Zehra Mosque on the outskirts of Baku will be subordinated to the country’s leading religious authority.

Azerbijan President Iiham Aliyev’s ruling means control of the mosque will go to the Muslim Spiritual Board of the Caucasus, preventing its demolition.

The decision to pull down the Fatima Zehra Mosque , located in settlement 33 of Yeni Gunashli in the Surakhani district, was made by Local Economic Court on the basis of the claim of Surakhani District Executive Power.

Caucasus Muslims Organization makes every effort to preserve the relationship between religion and state, Pashazade said.

Its pertaining to mention here that Grand Ayatollah Makarem Shirazi threatened to issue a fatwa against Azerbaijani officials if the mosque was destroyed saying that a warning had been sent to the Azerbaijani leadership.

Also Ayatollah Zeyn-ol Abeddin Ghorbani, the Friday prayer Imam of Rasht province and representative of Ayatullah Khamenei in Gilan – Iran, severely condemned the act of demolishing Shia Mosque and in address to Azerbaijanâ€™s president Ilham Aliyev, he announced: â€œI am sending you an ultimatum, you may appear in the ash heap of history, like Mohammad Reza Shah and Saddam Husein.â€ 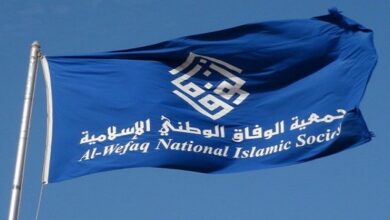