19.12.2009 Â  The International Conference of Islamic Scholars (ICIS) kicked off on Saturday in Jakarta, Indonesia capital, in the presence of the Islamic world clericsÂ and scholars as well as Indonesian political personalities and high ranking officials. Different issues such as necessity of promoting solidarity and unity in the Islamic world, boosting cooperation of Muslim countries, Â ways of creating unity among Muslims and annihilating violence and terrorism were discussed during the conference. More than 100 Islamic clerics (Alims) from 13 countries including the Islamic Republic of Iran, Egypt, Syria, Lebanon, Libya, Iraq, Palestine, Jordan, Malaysia and Thailand,Â  attended the conference. Islamic Republic of Iran (IRI)Â clericÂ and Secretary General of the Forum for Proximity of Islamic Schools of Thought, Ayatollah Taskhiri addressed the international conference on Saturday. Hojatoleslam Mohsen Qomi, the Deputy of International Affairs in IR Leader’s Office as well as parliament’s members Laleh Eftekhary and Sayyed Ali Taheri are accompanied Ayatollah Taskhiri in the conference.

Democrats divided after US Muslim congresswomen back Israel’s boycott

Russia warns US not to repeat Syria strike 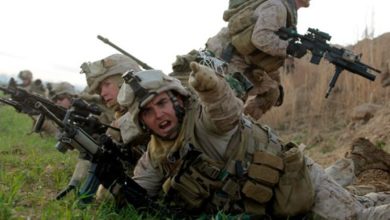 Pentagon Plans to Deploy 120,000 soldiers in ME to Counter Iran