Â 85% of casualties non-Westerners, report says Most victims of al-Qaeda terrorist attacks are Muslims living in Muslim countries, says a new report from the U.S. Military Academy at West Point.

Most victims of al-Qaeda terrorist attacks are Muslims living in Muslim countries, says a new report from the U.S. Military Academy at West Point.

The study, by the academy’s Combatting Terrorism Center and based on Arabic media sources to avoid accusations of pro-Western bias, concludes 85% of the casualties from all al-Qaeda attacks in 2004-08 were Muslims, compared with 15% Westerners.

The trend appears to have intensified toward the end of the period studied. In 2006-08, 96% of the victims were inhabitants of countries with Muslim majorities and only 2% were westerners.

“During this period, a person of non-Western origin was 54 times more likely to die in an al-Qaeda attack than an individual from the west,” the study says.

Yet al-Qaeda’s leaders insist westerners are their main targets and Muslim deaths are unintentional errors.

“We haven’t killed innocents; not in Baghdad, nor in Morocco, nor in Algeria, nor anywhere else,” Ayman al-Zawahiri, the group’s No. 2, declared in a 2007 on-line forum when he was accused of killing innocent Muslim bystanders.

“Al-Qaeda represents itself as the vanguard of the Muslim community, committed to upholding Islamic values and defending Muslim people against Western forces, but its behavior represents a callous attitude toward the lives of those the group claims to protect,” it says.

Islam Will Be Largest Religion in World by 2070: Report 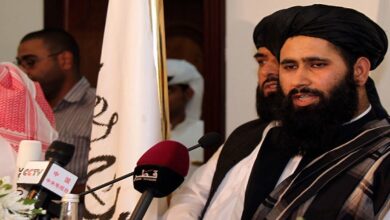 Taliban spokesman: ISIS is behind terrorist attack in Kabul