Russian Foreign Minister Sergei Lavrov has expressed “regret at the escalation of tensions” after the United States told Moscow to shut its consulate in San Francisco.

U.S. Secretary of State Rex Tillerson called Lavrov as Washington announced it was ordering Moscow to shut the consulate, the Russian foreign ministry said in a statement.

“In response the minister expressed regret at the escalation of tensions in bilateral relations,” it said.

“Moscow will examine the new measures announced by the Americans in detail after which our reaction will be announced.”

The U.S. State Department ordered Moscow to close the consulate and two annexes in Washington and New York in two days, saying the decision was made “in the spirit of parity” following a Moscow-imposed cap on the U.S. diplomatic presence in Russia.

“The Consulate General will act in accordance with the decision that will be taken by the Russian leadership regarding this decision by the Americans,” the consul in San Francisco Sergei Petrov told RIA-Novosti news agency.

“Right now the foreign ministry will decide on the procedure of the shut down, where people will go, and so forth,” he said.

Russia has had a diplomatic presence in San Francisco since 1852, according to the consulate’s website. It closed in 1924 because of a lack of funds but reopened in 1934 after Washington established diplomatic relations with the Soviet Union. 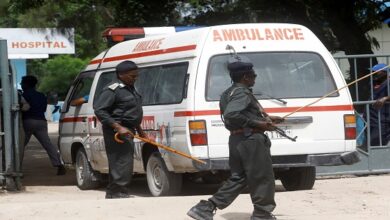