North Korea has accused the United States of pushing the Korean peninsula to the brink of nuclear war after a pair of strategic US bombers flew over the area in a training drill with the South Korean air force.

The two supersonic B-1B Lancer bombers were deployed amid rising tensions over North Korea’s dogged pursuit of its nuclear and missile programmes in defiance of United Nations sanctions and pressure from the United States.

The flight of the two bombers on Monday came as US President Donald Trump said he was open to meeting North Korean leader Kim Jong-un in the appropriate circumstances, even though Pyongyang suggested it would continue with its nuclear tests, Reuters reported.

South Korean Defense Ministry spokesman Moon Sang-gyun told a briefing in Seoul that Monday’s joint drill was conducted to deter provocations by the North and to test readiness against another potential nuclear test.

The US air force said in a statement the bombers had flown from Guam to conduct training exercises with the South Korean and Japanese air forces.

North Korea said the bombers conducted “a nuclear bomb dropping drill against major objects” in its territory at a time when Trump and “other US warmongers are crying out for making a preemptive nuclear strike” on the North.

“The reckless military provocation is pushing the situation on the Korean peninsula closer to the brink of nuclear war,” the North’s official KCNA news agency said on Tuesday.

Tensions on the Korean peninsula have been high for weeks, driven by concerns that the North might conduct its sixth nuclear test in defiance of pressure from the United States and Pyongyang’s sole major ally, China. 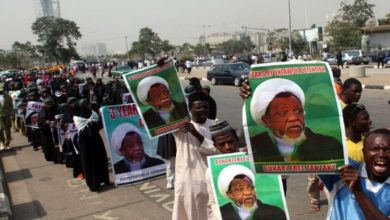