Africa’s youngest state is on the brink again following renewed fighting between the bodyguards of South Sudan’s president and vice president on July 8 just as the two were meeting to discuss diffusing tensions.

Two days later, over 300 people, including soldiers, civilians, and UN peacekeepers, have been killed in the capital of Juba. Both president Salva Kiir and vice president Riek Machar, a former rebel leader, blame each other for instigating the violence. After days of heavy fighting South Sudan’s president declared a unilateral cease-fire at 6 p.m. local time (11 a.m. ET) Monday.

The two rivals had signed a peace deal last year to end an ethnically-charged civil war that had raged since 2013 and killed thousands, pitting the Kiir’s Dinka tribesmen against the Nuer tribe loyal to Machar. The fighting, which killed nearly 50,000 people and displaced 2 million, officially ended last year with the tentative signing of a peace deal that would have the two sides form a new government. Wrangling over details of the deal have slowed and possibly hijacked the process.

It has not escaped observers that the latest fighting in Juba broke out just days after South Sudanese president met Israeli regime’s prime minister Benjamin Netanyahu in neighboring Uganda during his four nation tour of Nile Basin East African countries.

Southern Sudan split from Sudan after six years of autonomy and decades of civil war, which lasted from the late 1950s to 1972, and then again between 1983 and 2005, leaving millions dead.

For decades, the United States and the Israeli regime carried out a strategy of balkanizing Sudan, a Muslim country, which had been, geographically, the largest nation in Africa. Backing the rebels and the eventual secession of South Sudan was a special project of the Israeli regime, whose principal objective in its foreign policy is to cause mayhem, spread death and destruction in the Muslim and Arab worlds. Sudan, under the political control of the mostly Muslim North, joined the Arab League immediately upon independence, in 1956. Israel started it project of destabilizing Sudan ever since, by igniting an artificial conflict between Muslims in the north and Christians in the south.

In this regard the Israeli regime’s objective was to eventually divide Sudan and gain a foothold in the South and have access to the country’ strategic resources including oil and also control part of the important waters of River Nile which passes through Sudan. By presenting itself a champion of South Sudanese Christians the Tel Aviv regime also wanted to endear itself among Christians on the continent.

So the South Sudanese people were lured into breaking away from their northern brothers in 2011, but today the they are far from the independence they aspired and the situation far much worse than before. After decades of civil war, the naïve masses had high hopes of a prosperous life unaware that the powers that pushed them to secede had different plans. The country has known no peace since it split from the north. The oil rich country, among the poorest nations on earth, is but a neocolonial outpost on the map of US Empire and the Zionist regime.

Indeed South Sudan’s independence has turned into one of the worst tragedies of our times.

The current South Sudanese conflict can be traced to interference from the Israeli regime in terms of supply of weapons and backing one of the warring factions.

The Israeli regime is believed to be backing the belligerent South Sudanese President Salva Kiir while Kiir has long blamed neighboring Sudanese government of Omar al Bashir of backing his rival Riek Machar.

Indeed June 2015, Zionist media outlets reported that protesters gathered outside the International Defense and Homeland Security three-day arms fair held in Tel Aviv, saying the weapons sold to Juba would be used to commit atrocities. The protesters carried placards with the words “Stop arming South Sudan” as a sign of their dissatisfaction with the trend. In August 2015, a report by the UN Security Council noted that the civil war in South Sudan is being prolonged by a flow of Israeli weapons into the country. Photos from the battlefields in the country show Israeli weapons being used including Galil ACE or Israel Weapon Industries (IWI ) ACE assault rifles, according to the report prepared by a special UNSC commission. The pictures also showed South Sudanese ministers and security services carrying the weapons. Sudanese newspapers also reported that the Israeli regime had provided the Juba government with missiles and military equipment and trained African mercenaries.

Elsewhere, Radio Tamazuj carried a report around the same time stating that that Sudanese government airdropped weapons and ammunition to the Machar-led opposition rebels in South Sudan. Of course Machar has denied having obtained support from Khartoum but Kiir has never rejected reports that he is backed by the Israeli regime. 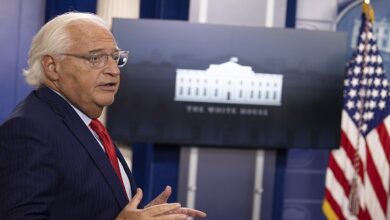 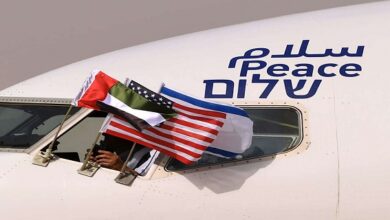 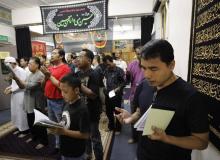